Zinc: The Lifeblood of Industry and the Flower of Life

In nature, there is a magical element whose name is zinc. It is a silver-white and slightly bluish metal. It is the fourth largest consumer metal in the world, and one of the lifeblood of industry. Meanwhile, zinc is also one of the important trace elements in the human body, known as the flower of life. 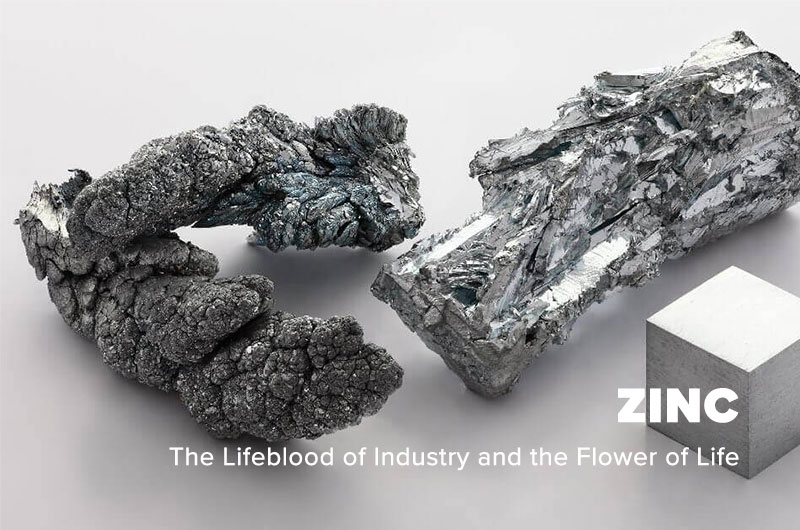 Interesting origin of the name zinc

The name zinc has an interesting origin, derived from the German word "zinke", which means "tooth", referring to the form zinc often took when smelted. It may in turn be derived from the Persian word "sing", meaning stone.

In the early 1500s, it was named zinc by Swiss physician Paracelsus, known and used for thousands of years.

What is special about zinc? 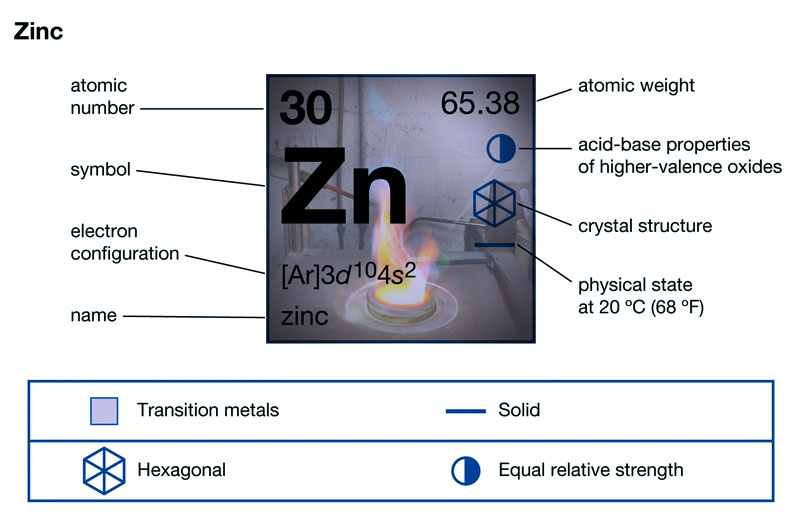 The element symbol for zinc is Zn, and what are the properties of zinc? It is a relatively soft metal with a Mohs hardness of 2.5 and has a metallic luster. Zinc is brittle, but its elasticity and ductility increase when heated to about 100 ° C.

Zinc metal has good wear resistance, castability, corrosion resistance, and good mechanical properties at room temperature. It is the third most widely used non-ferrous metal after aluminum and copper.

What are the types of zinc ores?

Zinc is extracted from many different zinc ore minerals. There are various types of zinc ore in nature, but most of them exist as sulfides. The main zinc-bearing minerals are sphalerite, and a small number of oxidized minerals, such as smithsonite, hemimorphite, hydrozincite, etc.

Sphalerite contains 67.1% zinc and usually contains iron, up to 30%. Those containing more than 10% iron are called marmatite. The difference in iron content directly affects the color of sphalerite. When iron increases, it changes from light to dark. Properties of sphalerite: 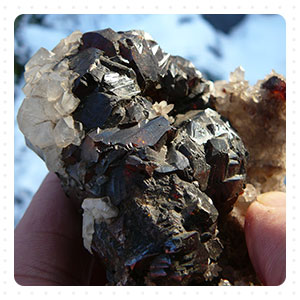 Smithsonite is the most common zinc oxide mineral with high hardness and specific gravity. Similar to most carbonate minerals, it dissolves in hydrochloric acid and produces bubbles. Properties of smithsonite: 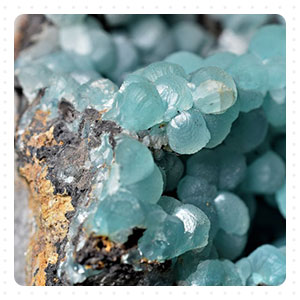 In addition to extracting zinc, it is translucent green or green-blue and can also be used as semi-precious jewelry. Smithsonite is also a traditional Chinese medicine, which has the effect of convergence and antisepsis.

Hemimorphite is located in the oxidation zone of lead-zinc sulfide deposits. It generally coexists with smithsonite, galena, limonite, etc. Properties of hemimorphite: 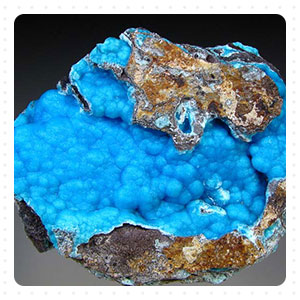 Hydrozincite is a secondary mineral of sphalerite. Properties of hydrozincite: 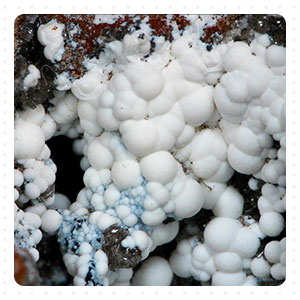 Where is zinc found?

In which countries is zinc found? The proportion of global zinc ore reserves is as follows: 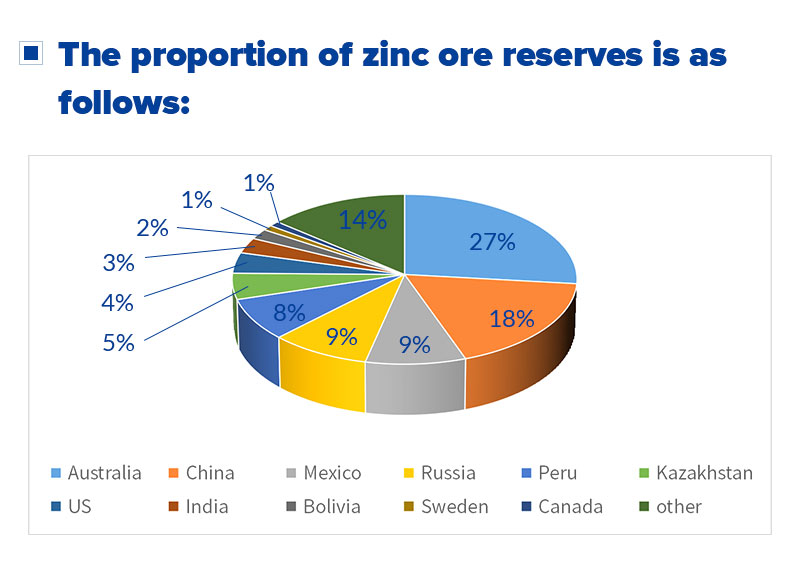 The country with the largest zinc reserves in the world is Australia, accounting for 27%, followed by China, Mexico, Russia, and so on. The ore reserves of these four countries account for about 63% of the world's zinc reserves.

What is zinc used for? 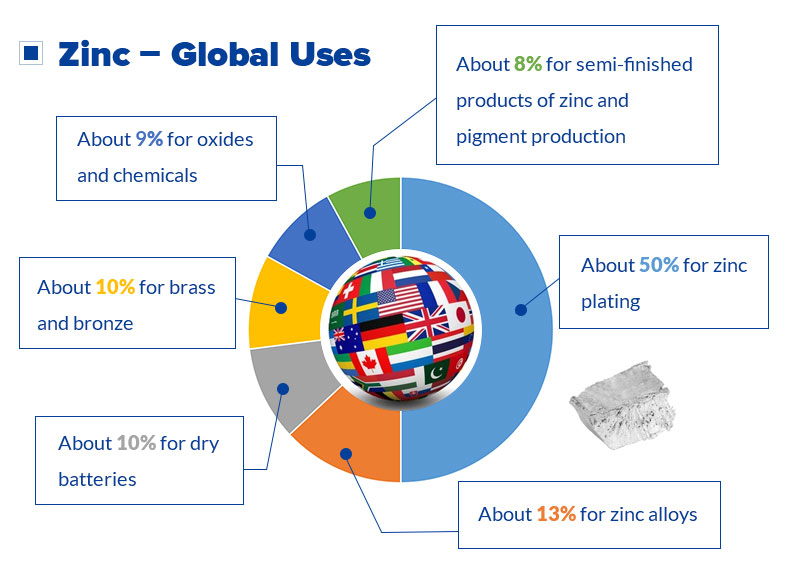 Zinc is a multi-functional metal in the world, called the lifeblood of industry. Various uses of zinc: In zinc products, about 50% for galvanizing; about 13% for zinc alloys; about 10% for brass and bronze; about 10% for dry batteries, and about 9% for oxides and chemicals. The rest is used for semi-finished products of zinc and pigment production. 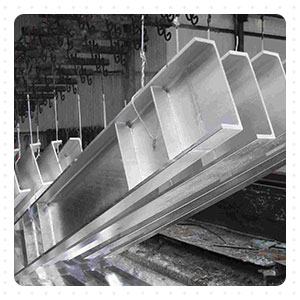 Because zinc tends to form a protective film on the surface at room temperature, exerting its corrosion resistance, the largest use of zinc is in the galvanizing industry.

It is mainly used for surface coating of steel (such as galvanized sheet), applied in automobile, construction, shipbuilding, light industry, and other industries. 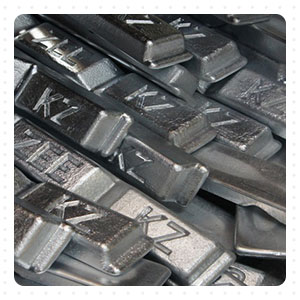 Due to its superior superplastic properties, zinc alloys are widely used in the production of die-castings and parts in the automobile and machinery industries. 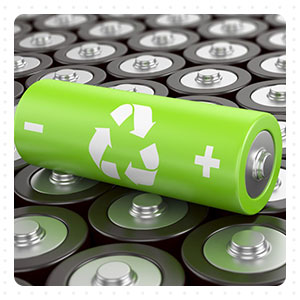 Zinc can be used to make batteries, such as zinc-manganese batteries and the latest zinc-air batteries. 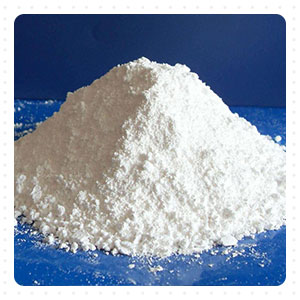 Zinc oxide is a white compound that is a commonly used chemical additive. It is widely used in rubber, paint, enamel, medicine, printing, fiber, and other industries.

Moreover, zinc oxide has natural anti-corrosion and anti-bacterial properties, which can protect the skin. It is also opaque to UV light and is an excellent sunscreen.

In addition to modern industry, zinc has an indelible position. For people, zinc is also one of the necessary trace elements for the human body.

Zinc is called the flower of life 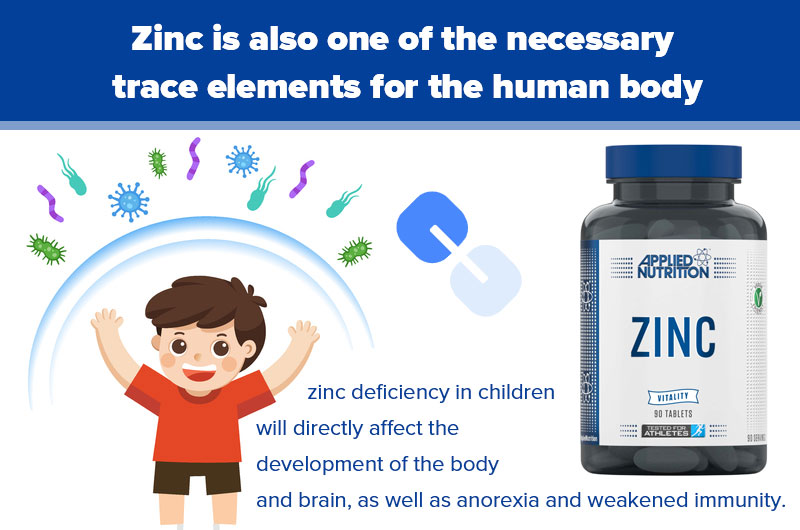 Zinc is known as the spark plug of life or the flower of life. Because zinc can promote body development and tissue regeneration, and protect skin health. Zinc also plays an important role in immune regulation, thereby maintaining human health.

Zinc is used in more than 300 enzymes and is essential to all life on Earth. Zinc deficiency was recognized as a clinical health problem in 1961. For example, zinc deficiency in children will directly affect the development of the body and brain, as well as anorexia and weakened immunity. 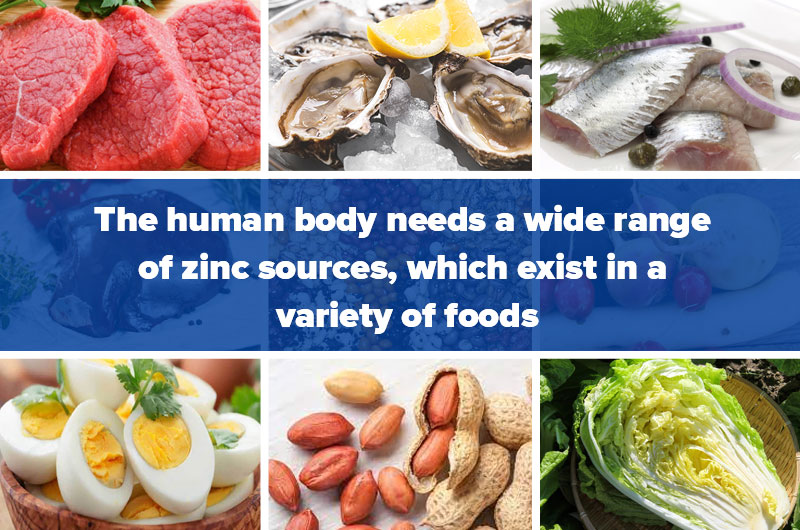 In a word, zinc is essential for industrial development and human development, so people cannot lack zinc. After learning zinc, do you want to get zinc? Zinc often coexists with lead, and you can read this blog to extract zinc from lead-zinc ore:

Ftmmachinery will provide you with zinc processing equipment and hold your economic lifeline!