Mining accidents can be triggered by a variety of causes, including toxic gas leaks or natural gas explosions (such as methane), coal dust explosions, seismic activity, flooding or mechanical failures. At least thousands of people die in mining accidents around the world every year. Below is a list of the 30 worst mining accidents in world history (in order of death toll).

Mine Accidents with More than 500 Deaths 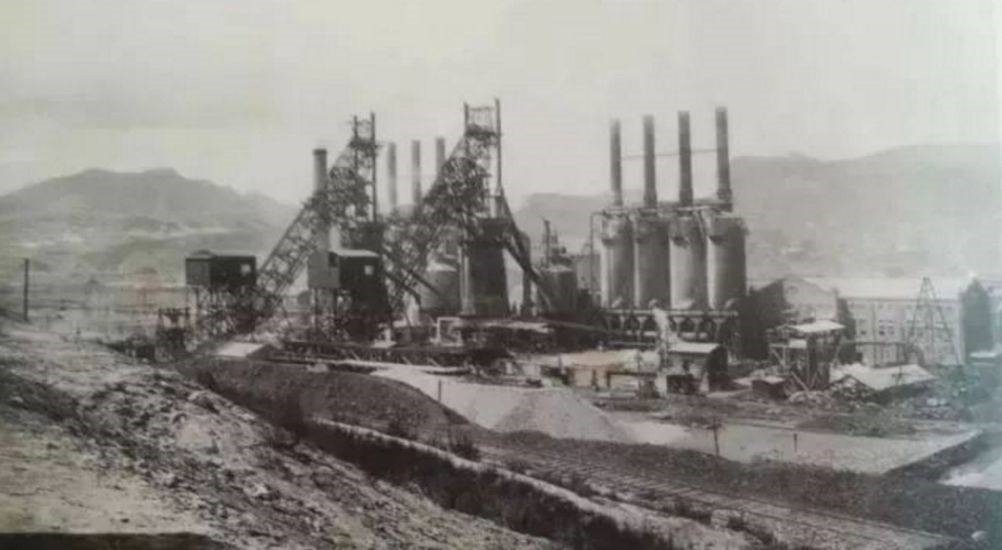 The world's worst mining death occurred in 1942 at the Benxihu coal mine in Liaoning Province, China. The mixture of gas and coal dust caused an underground mine to explode, trapping thousands of workers. To contain the blaze, the Japanese authorities closed the ventilation system and the entrance to the mine, suffocating about 1,549 workers and it took 10 days to dig up all the bodies.

An underground fire broke out in a mine at the Courrières coal mine, which triggered a massive explosion. It is suspected that the cause of the fire may be due to improper handling of mining explosives, or the burning of methane from a mine lamp. The incident caused 1,099 deaths and hundreds of injuries, which is by far the worst mining disaster in Europe. 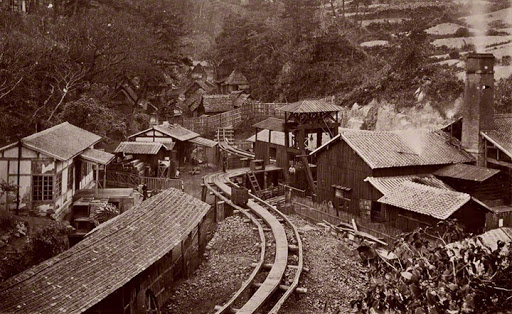 A mining site in Japan

On December 15, 1914, a gas explosion occurred at the Mitsubishi Hojyo coal mine in Kyushu, Japan. The blast, which blew elevator cabs nearly 50 feet into the air, affected people within a 200m radius of the mine's entrance and killed 687 miners. This is the worst mining disaster in Japanese history. 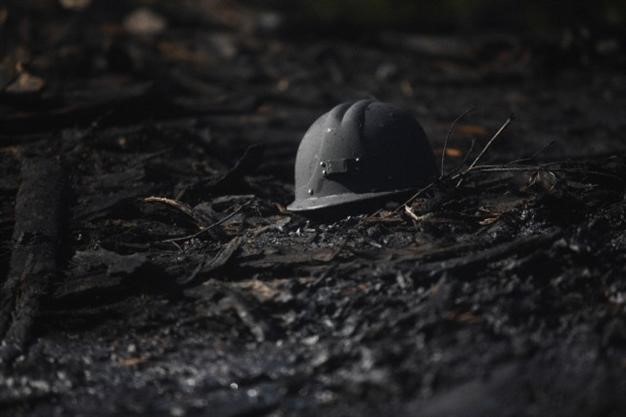 On May 9, 1960, a methane explosion occurred at Laobaidong coal mine near Datong City, Shanxi Province, China, killing 684 people. This disaster was the deadliest coal mine disaster since the founding of the People's Republic of China in 1949.

Mitsui Miike coal mine is one of the oldest and largest coal mines in Japan. On November 9, 1963, 458 miners were killed and 833 injured in a coal dust explosion about 500m below the mine entrance. It is the second deadliest coal mine disaster in Japan after the Mitsubishi Hojyo mine disaster in 1914. The coal mine ceased operation in 1997.

The Senghenydd colliery disaster is the worst mining tragedy in the history of Britain. The accumulation of methane in the underground coal mine caused an explosion and spread on the west side of the mine. Most of the miners who survived the fire and explosion died of carbon monoxide poisoning. The incident claimed the lives of 439 people.

The Clydesdale mine accident is the worst disaster in South African mining history. About 1,000 workers were underground when the mine collapsed. The mining company was not equipped with large enough rigs to create exports for miners, so many were unable to escape, resulting in 435 deaths.

The most serious mining accident in Germany occurred in 1946 at the Grimberg III/IV coal mine in Bergkamen, the northern Ruhr region. On February 20, 1946, the mine exploded 930 m underground, destroying the mining facility and killing 405 people (including three British officials). Only 64 miners survived.

Just 10 years after the Dhanbad coal mine occurred, another disaster struck the Chasnala coal mine near Dhanbad, killing 375 people. The coal dust explosion in the deep well damaged the roof, which had a large body of water directly above it. Most of the deaths were caused by severe flooding.

The Monongah mining disaster was the worst in US history, with 362 miners killed. The disaster was caused by the explosion of moisture and coal dust in no. 6 and no. 7 coal mines at the Monongah Coal operated by Fairmont Coal Company. The explosion destroyed the ventilation system, the boiler room, the fans and the entrance of coal mine no. 8. Most of the victims were Italian immigrants, many of whom died and many of whose children became orphans. 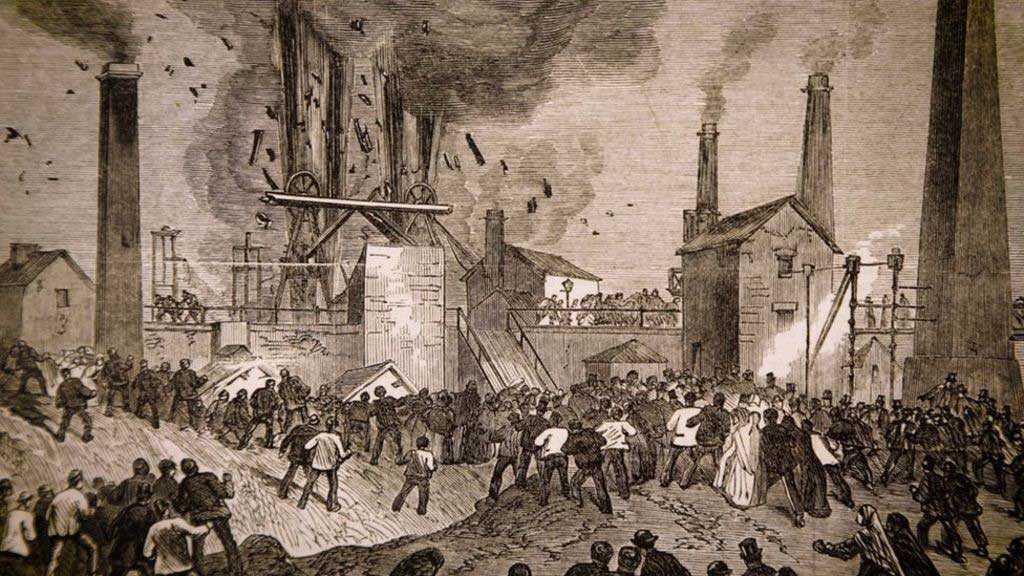 The Oaks coal mine is considered one of the most dangerous mines in South Yorkshire. On December 12, 1866, a series of explosions occurred at the Oaks coal mine in Barnsley, near Stairfoot, Yorkshire, killing 361 miners and rescuers. This is the worst mining accident in England and the second most serious mining disaster in the UK, after the Senghenydd coal mine disaster in Wales.

On the morning of December 21, 1910, about 900 workers were working in the Pretoria pit. At 7:50 in the morning, the Plodder mine, one of the five coal seams of the coal mine, exploded. The reason is believed to be the accumulation of natural gas caused by the collapse of the roof the day before. The explosion killed 344 miners.

Pribram is a Czech town located in the west of the country with an area of 33.41 square kilometers. The main economic activity is mining. In 1892, 319 miners died in a fire in the Pribram coal mine, the largest mining accident in Czech history. 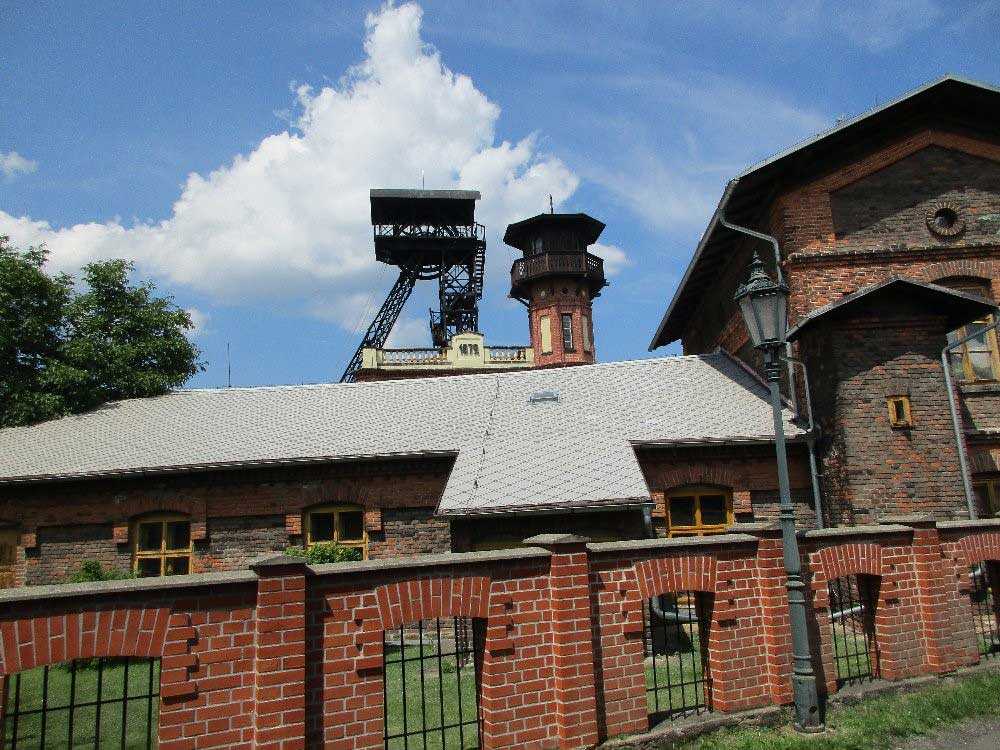 Pribram: a mining town in Czech

The Soma disaster was a mine fire accident in a large coal mine in Soma, Manisa Province, Turkey. This is the worst mining disaster in Turkey history. The fire broke out on May 13, 2014, local time, with 301 people have been confirmed dead and 80 injured. Turkey's largest trade union called a strike after the accident, venting their anger and discontent with the government. 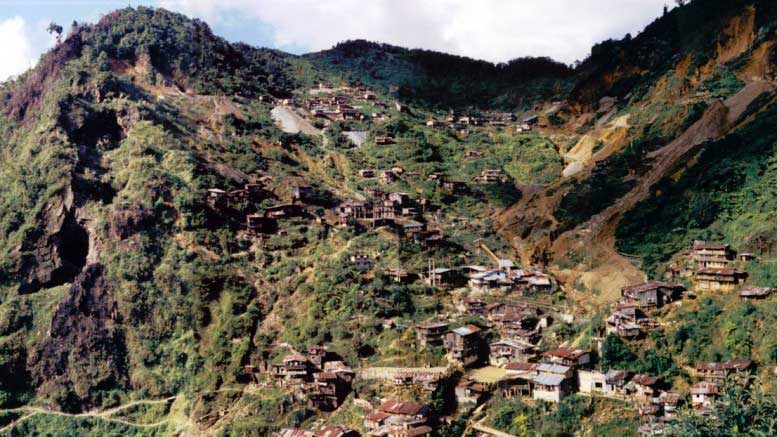 Nambija: the most dangerous gold town

Located in southeastern Ecuador, Nambija has been called "the most dangerous gold town in the world" because of its mineral wealth and the fact that every family has its own mine, but a high rate of violence and crime. On May 9, 1993, many mines below were buried, about 80 houses were destroyed and about 300 people died by a landslide occurred here.

Mine Accidents with Less than 300 Deaths

In 2008, a mine landfill in Linfen, Shanxi Province, China, collapsed after heavy rains. The serious mudslide caused 277 deaths, 4 missing and 33 injured. At that time, 5,300 police and rescuers used more than 110 excavators to find survivors, and 2,100 medical workers provided medical services at the scene. 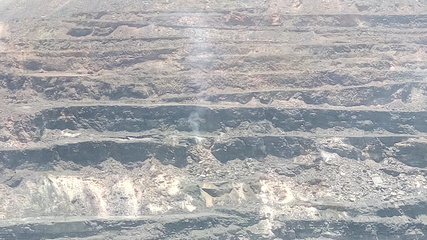 On May 28, 1965, 375 miners died in an explosion caused by methane gas at the Dhori coal mine near Dhanbad, the main coal-mining town in India. The mine manager said the explosion was caused by intentional ignition.

In July 1985, the tailings dam at the Prestavel fluorite mine in northern Italy collapsed, killing 268 people and destroying three hotels, 53 houses and six industrial buildings, resulting in financial losses of 155 million Euros. Over a period of more than 20 years, the tailings dam was not subjected to any serious stability checks.

On October 22, 1913, Dawson suffered its first major disaster. Stag Canyon mine No.2 was shocked by an explosion two miles away from the town. Of all 286 soldiers who arrived at the Stag Canyon mine that morning, only 23 survived. It was later confirmed that the explosion was caused by explosives detonated during normal operation of the mine, which ignited the coal dust in the mine.

In 1956, the cable in the Bois du Cazier coal mine in Belgium broke, causing an underground fire in the shaft. Despite attempts to rescue them from the ground, only 13 miners survived and 262 died, making the mining accident the worst in Belgian history.

This disaster was the theme of the 2003 documentary film Inferno Below, which won an award at the Festival International de Programmes Audiovisuels.

The Cherry mine in Cherry Township, Illinois, opened in 1905 to provide coal for the regional railroad. On November 13, 1909, a big load of hay caught fire at the cherry mine, killing 259 people. Twenty-one miners had been survived eight days of toxic gas and fire in the mine before being rescued.

On December 19, 1907, 239 people died because of the Darr mine disaster in Rostraver Township, Pennsylvania, the USA. It is listed as the worst coal mine disaster in Pennsylvania history. It was caused by an explosion by miners carrying open lamps the day before, but the cause has not been accepted by all concerned. The owner of the mine, Pittsburgh Coal Company, did not bear any responsibility, but abandoned the use of open lamps after the disaster. 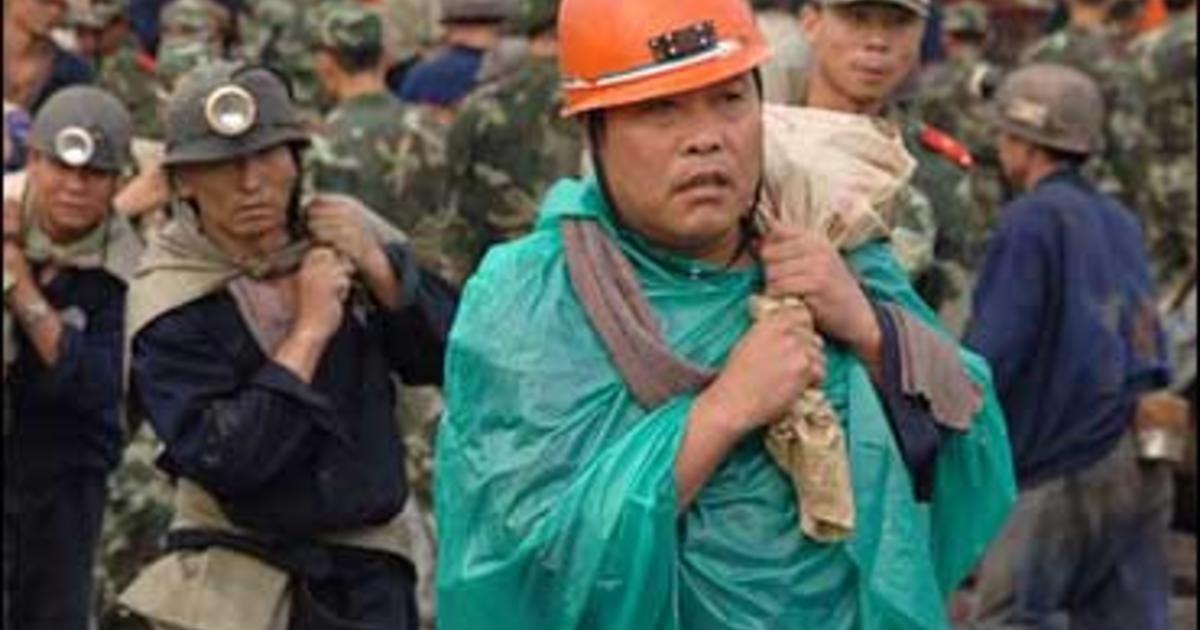 In 2005, an explosion of about 242m underground in Sunjiawan Coal Mine, Fuxin Coal Industry Group, Fuxin City, Northeast Liaoning Province. At least 214 coal miners died and 22 injured. This is the worst mining disaster in China for at least 15 years.

The Blantyre mining disaster, which took place in Blantyre, Scotland, on the morning of October 22, 1877, was the worst mining accident in Scotland history. Pits No.2 and 3 of the Blantyre mine were the explosion site, which killed 207 miners, the youngest being an 11-year-old boy. 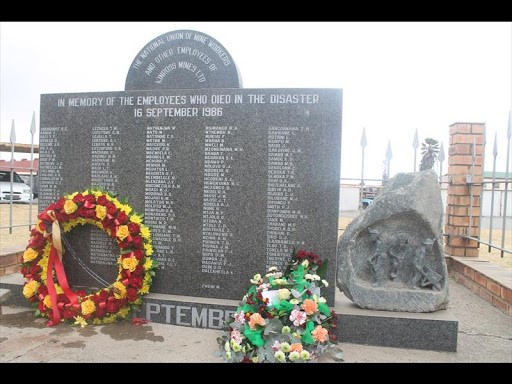 In 1986, in the Kinross mine, an acetylene tank triggered an underground fire. Flames and toxic gases quickly swept through the shafts and tunnels, killing 177 miners. It was one of the largest mining events in the history of South Africa.

The Speculator mine disaster in Butte, Montana of June 8, 1917, caused by a copper mine fire, was the worst in the history of metal mining. Most people died of suffocation underground because the fire consumed oxygen. A total of 168 miners were killed. Although the fire caused great damage to the granite mine, the ore removal continued until the mine closed in 1923. The copper produced from the mines of Butte electrified the United States and won the First World War.

Seaham coal mine is a coal mine in County Durham, North England. In 1880, 164 people, including surface workers and rescuers, died in an underground explosion in Hutton coal seam of the mine.

On Friday, October 21, 1966, in Aberfan, a coal mining village in South Wales, a heavy rain collapsed the Aberfan coal mine. The ensuing mud engulfed Pantglas Primary School, resulting in the death of 116 children and 28 adults. In 2002, nearly forty years later, Queen Elizabeth II stated that it was "her greatest regret" not to visit Aberfan immediately after the disaster. 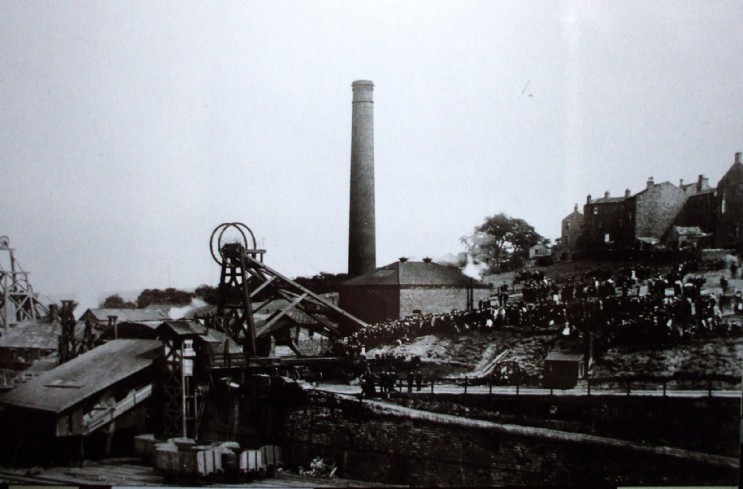 In 1893, there was a terrible underground explosion at Combs coal mine in Thornhill, England. Only seven men survived and almost all of the 139 people who died were from Thornhill. Of the 139 people, 46 were under the age of 16.

The occurrence of mine accident brings great harm to both the country and the individual. Many mine accidents are not natural disasters, but man-made disasters, which can be avoided. This requires the joint efforts of the state, society, enterprises and individuals. After all, safety cannot tolerate the slightest slack.