What is coal gangue?

Coal gangue is an abandoned rock discharged during coal mining and processing. When mining coal, the rock layers or bottom plates from the roof of the coal seam, as well as the various types of rock excavated and blasted from around the coal seam during the excavation are all called coal gangue.

Generally, the comprehensive discharge of coal gangue accounts for 15% to 20% of the original coal production.

Long-term accumulation of coal gangue not only occupies a large amount of land, but also causes atmospheric and groundwater contamination due to spontaneous combustion and sewage leakage.

What are the uses of coal gangue? 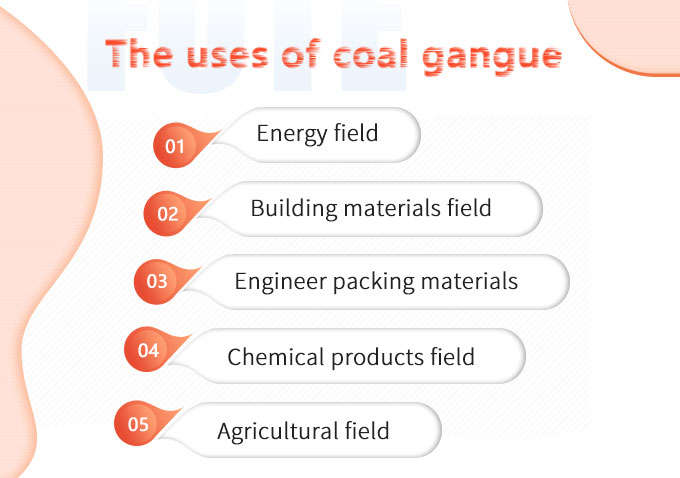 The applications of coal gangue

In China, the total installed capacity of generators of low calorific value fuel such as coal gangue reached 28 million kW, and the single unit capacity was from 6 to 300 MW. The annual utilization of coal gangue was 140 million tons, and the annual power generation was 160 billion kW·h.

France has an annual output of about 8.5 million tons and a stockpile of 1 billion tons. The coal gangue with an ash content of 65-70% is washed for power generation.

Since the 1970s, the US Bureau of Mines has sampled and analyzed all coal gangue hills and made comprehensive plans for coal gangue utilization. For example, the heat energy is directly recovered from the burning coal gangue mountain for both recovering the heat and controlling pollution.

It includes the production of coal gangue bricks, instead of clay to produce cement, ceramics, and concrete lightweight aggregates.

Road construction and backfilling are also important ways for comprehensive utilization of coal gangue. The use of coal gangue as engineering packing materials do not require an increase in cost and need a large amount of use, which brings good economic efficiency to the coal mine.

There are three main types of coal gangue for chemical use: the first is to extract a rare element in coal gangue by various methods, such as Ga, Se, Ti, Co, etc. The second is to recover beneficial mineral products such as kaolin; the third is the production of silicon, aluminum, sulfur and other inorganic chemical products.

The use of coal gangue fertilizer is mainly based on the fact that coal gangue contains rich organic carbon, and the organic matter content in the soil can be greatly increased after being applied to the soil.

Why use a roll crusher for coal gangue crushing?

1. From the perspective of characteristics of coal gangue and roll crusher

2. From the perspective of the main use of the roll crusher and coal gangue 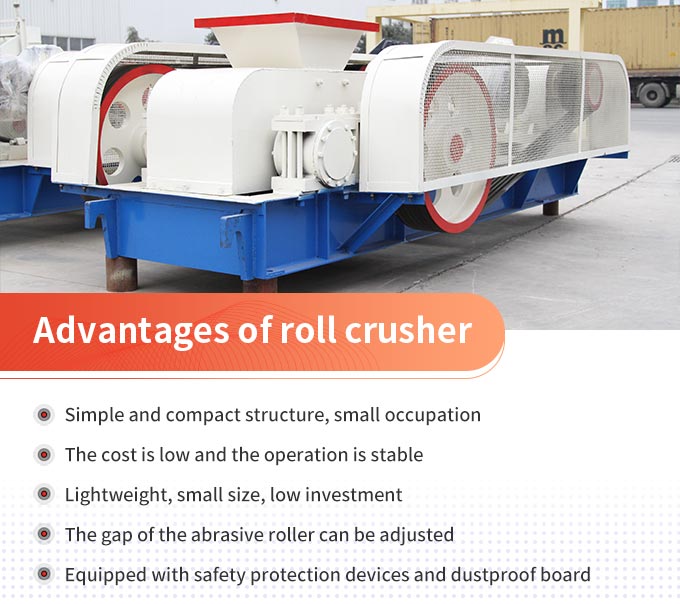 The roll crusher is mainly suitable for fine crushing operations with a feed size of less than 150 mm and a finished product size of 100 mesh to 2 mm. What are the advantages of the roll crusher in use?

How to crush coal gangue by using a roll crusher

Compared with the striking type crushing equipment, the biggest disadvantage of the roll crusher is that the "crushing ratio" is relatively small, the particle size of the product changes with the wear of the gap of the roller, and the crushing effect on the sheet-like material is poor.

It is necessary to make efforts to avoid its shortness and give full play to the advantages of high output, low power consumption and wide adaptability to moisture.

Therefore, the most important thing about using the roll crusher is the method of stepwise crushing. When crushing coal gangue, it should go through three processes of "coarse-middle-fine crushing". 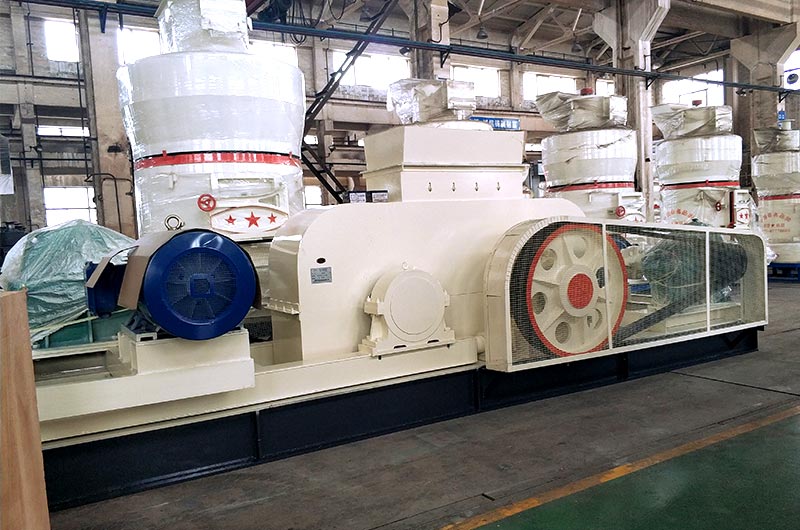 However, after the groove is ground, the gap between the two rolls becomes large, and the particle size of the raw material becomes coarse, which is a peculiar phenomenon for the roll crusher.

Therefore, to obtain a good coal gangue crushing product, the work we have to do is to minimize the variation value from fine to coarse, and to control the crushing particle size within the allowable range to ensure the quality of the product.

To achieve this goal, it is necessary to continuously grind the roll surface, maintain the flatness between the two rolls and a certain gap, thereby ensuring the fineness of the raw material.

When crushing coal gangue, to achieve the target particle size, three processes of "coarse-middle-fine crushing" are usually carried out. According to the previous configuration experience, we configure a detailed crushing production line for the 10t/h coal gangue:

It can be seen from the above that when there are three specifications of the finished coal gangue, the jaw crusher can be used as the first crush, and the roll crusher is used for the medium and fine crushing.

Due to the adjustable particle size of the roll crusher, when the discharge size is finer, the user can also configure different numbers of pairs of roll crusher meet their needs. 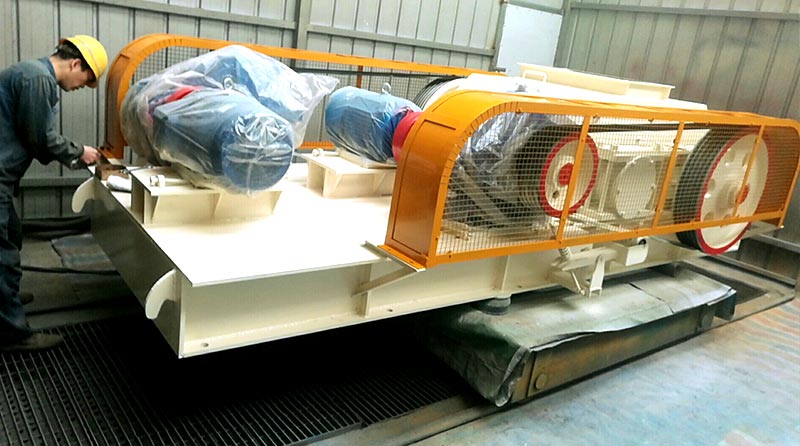