Global Use of Bauxite and Bauxite Reserves Left to Human

According to USGS data, there are almost 30 billion tons of bauxite in the world, which can produce 37 billion tons aluminum for 100-year using. 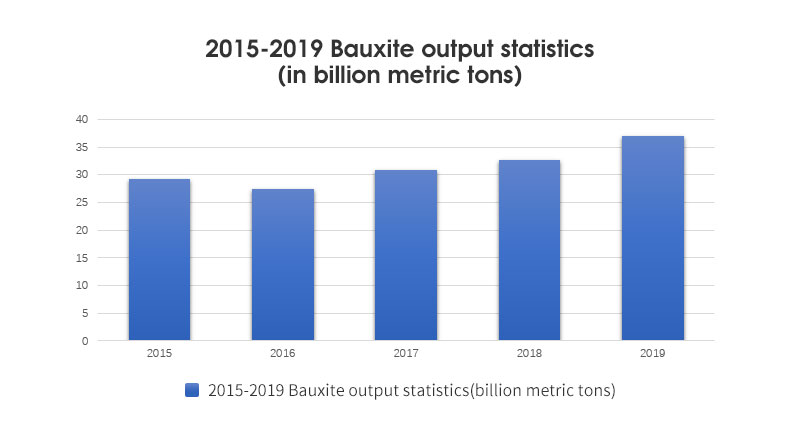 Demand trends of the primary aluminum 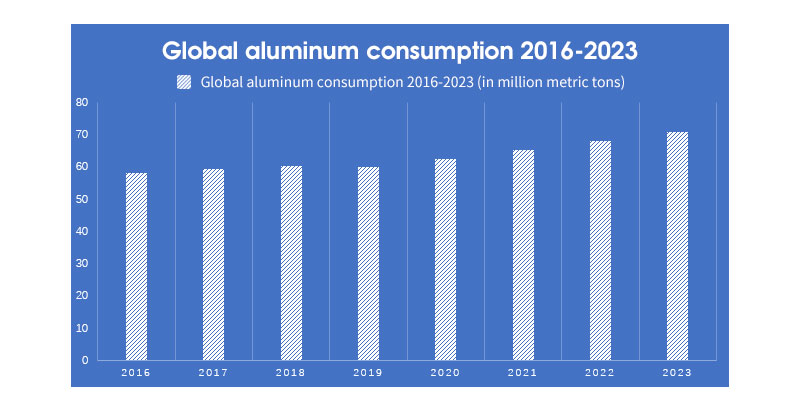 From the perspective of the global bauxite reserves distribution, Guinea reserves account for the largest proportion with 24.7%, and its bauxite basic resource reserves are 7.4 billion tons.


Australia's bauxite reserves rank the second. In 2019, its bauxite basic resource is 6 billion tons accounting for 20%.

Vietnam is the third one accounting for 12.3% 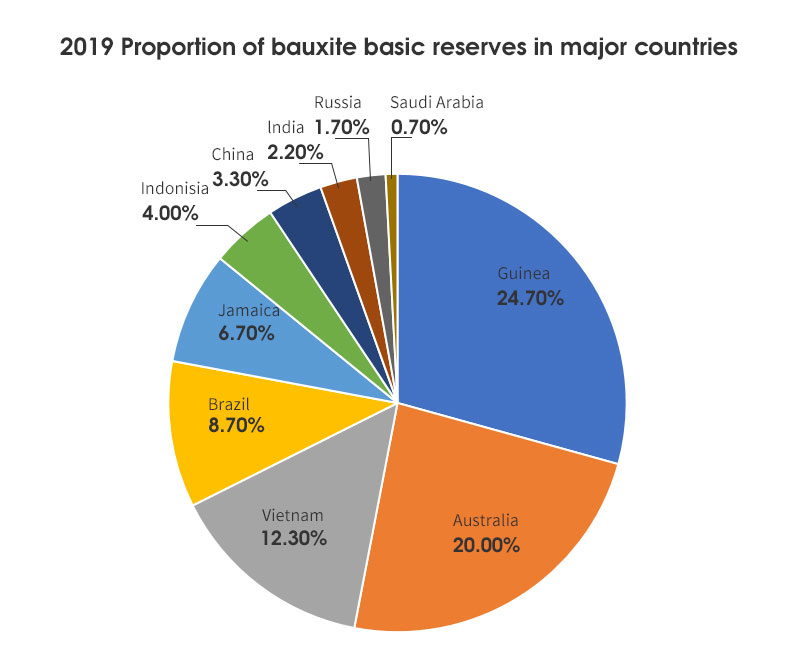 According to the output distribution, global bauxite output is mainly concentrated in Australia, Guinea and China. The output of the three major countries accounts for 69.5% of the whole world.

Australia is the world's largest bauxite producer whose production is about 100 million tons in 2019 and accounts for 27% of global output.

Guinea is the second largest producer, In 2019, its bauxite production is 82 million tons, accounting for 22.2% of the total output.

Although the bauxite reservation of China is seventh, its output rank third in the world. China's 2019 bauxite production is about 75 million tons, accounting for 20.3%. 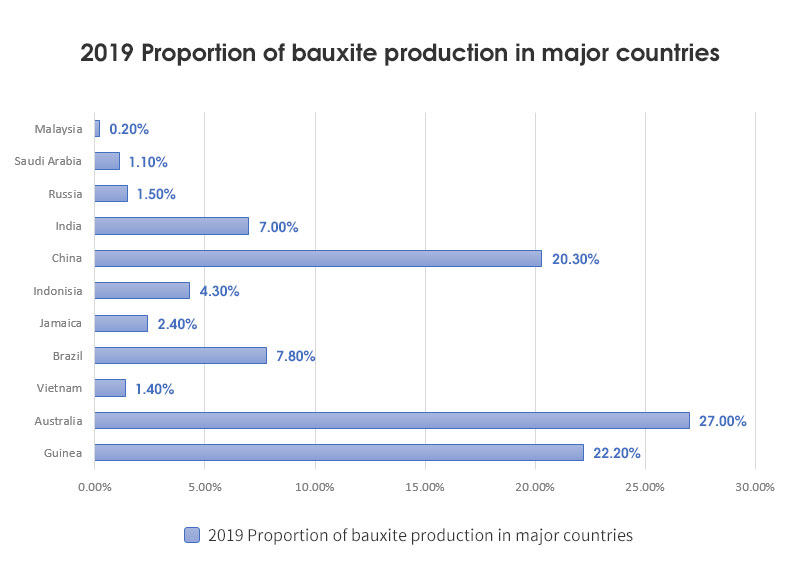 Production of primary aluminum and alumina in various countries in 2019

In 2019, global production of primary aluminum was 63.69 million tons. 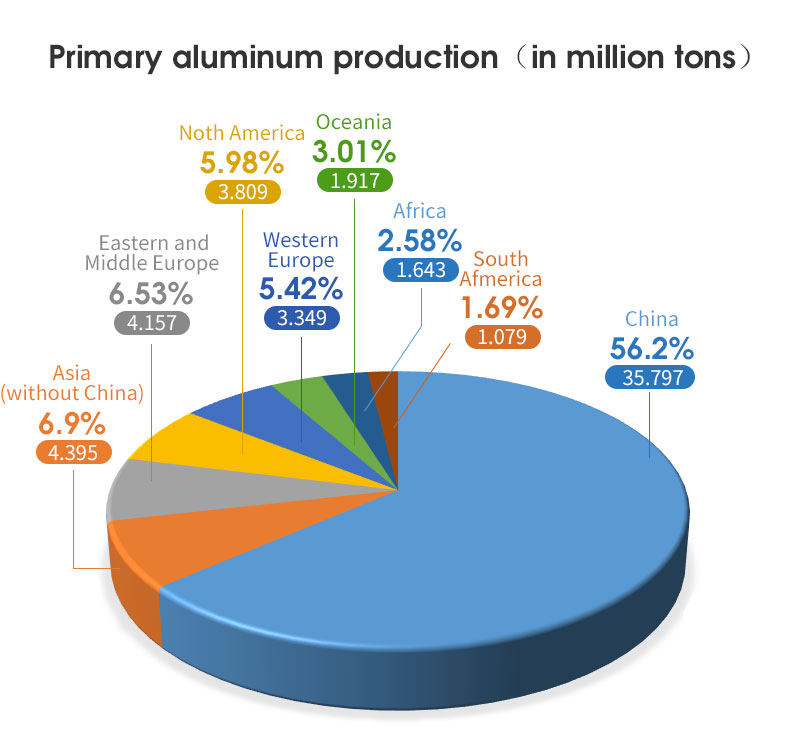 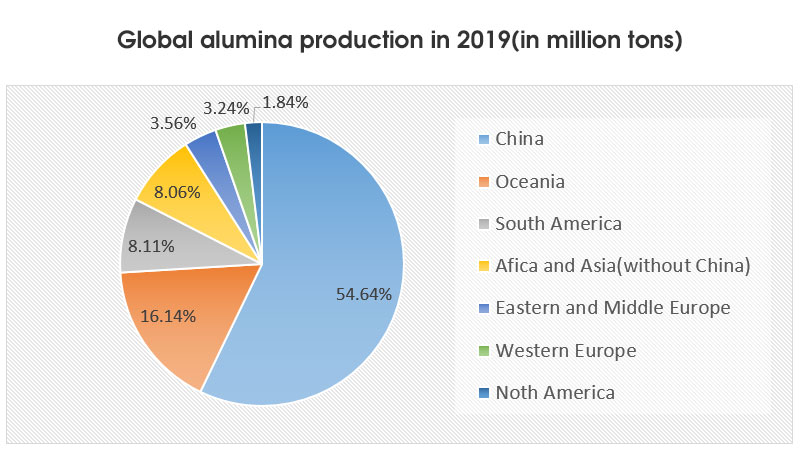 China is the largest alumina producer in the world

Top ten alumina producers in the world in 2019 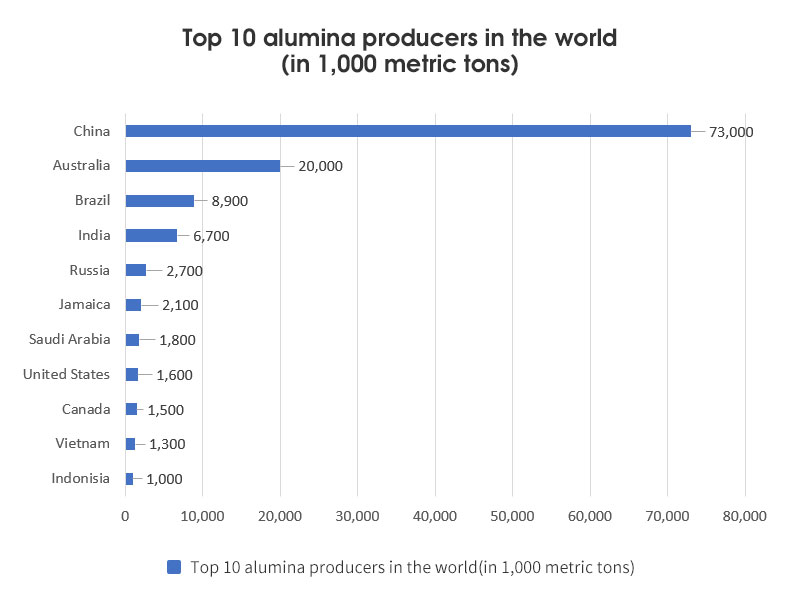 The world's largest bauxite producers (with bauxite mines and companies)

Guinea has the largest bauxite reserves in the world
Compagnie des Bauxites de Guinea（CBG: The company owns the biggest bauxite mine-Sangaredi Mine or Boke Mine.