How Flotation Reagents are Used

The reagent regime is mostly determined by factors such as the ore properties, technological process and the required minerals after the ore separability test or semi-industrial test. It is an important element affecting the economic result of ore beneficiation. 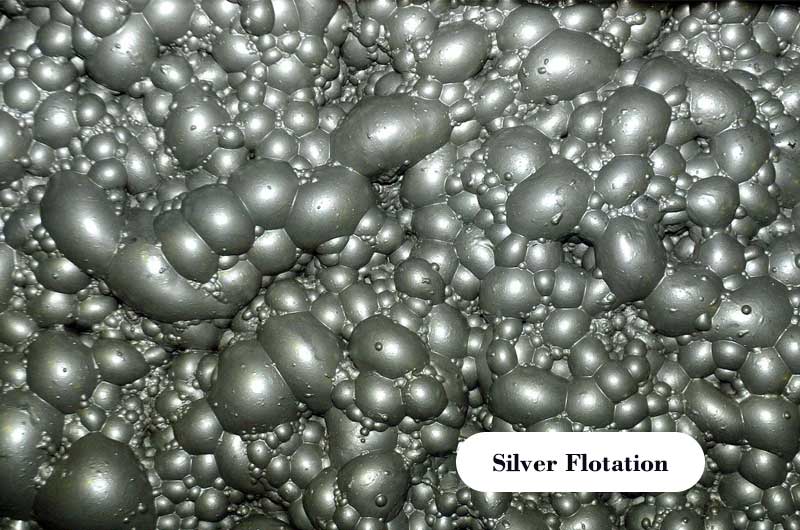 As is mentioned above, the type of reagent used in flotation plant is determined by things like the ore properties, beneficiation process and the required product.

Reagents can be roughly classified into three types according to their effects.

Organic surfactant distributed at the air-water interface are used to produce a foam layer that can float minerals. Foaming agents include turpentine, cresol, alcohol, etc.

They’re used to collect the target mineral. The collectors can change the hydrophobicity of the mineral surface, so that the floating mineral particles adhere to the bubbles. According to their functional properties collectors are divided into three groups, i.e. non-polar, anionic and cationic ones. The commonly used collectors include areoflot, xanthate, diphenylthiourea, fatty acid, fatty amine and mineral oil. 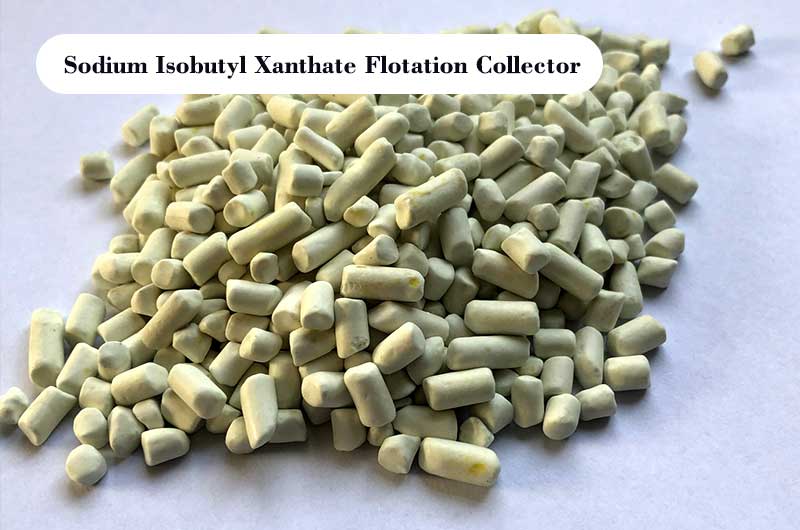 Modifying reagents, commonly known as regulators, can change the properties of mineral particles, so as to control the interaction of collectors between individual minerals. With the use of modifying reagents, selective adsorption of collectors on specific minerals can be increased or can be decreased to achieve the separation of individual minerals. Regulators are also used to change the chemical or electrochemical properties of the aqueous medium, for example, to change the pH value and the state of the collector therein.

Modifying reagents can be roughly divided into the following groups. 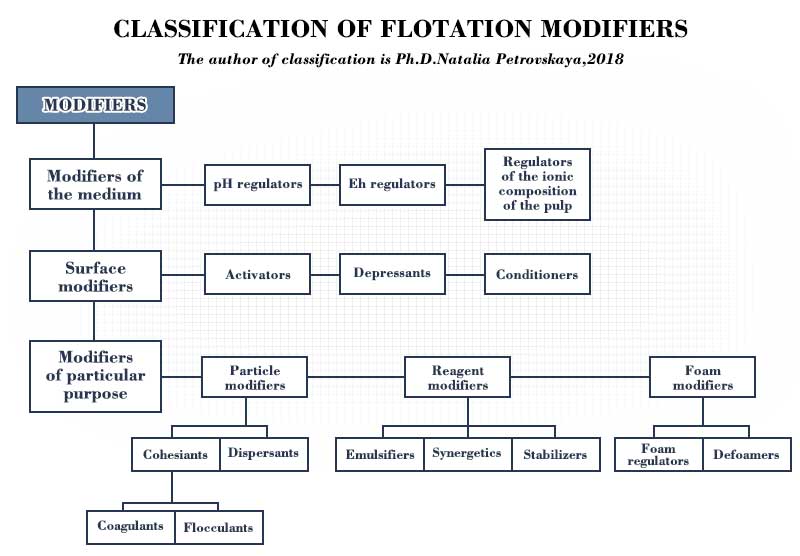 The relationship between the dosage of reagents and flotation result

Dilute the solid reagents into a liquid for easy addition. Reagents with poor water-solubility should be prepared into water solutions with concentration ranging from 2% to 10%. They are, to name a few, xanthate, aerofloat, sodium silicate, sodium carbonate, copper sulfate, sodium sulfide. Insoluble reagents like amine collector should be dissolved in solvents first, and then prepared into aqueous solution. Some such as terpenic oil, aerofloat 31, oleic acid can be directly added. For freely soluble reagents with large quantity to use, the concentration ranges from 10 to 20%. For example, sodium sulfide is normally prepared to a 15% water solution for use in flotation. Reagents that are insoluble in water can be dissolved with the help of an organic solvent, and then prepared into a solution of low concentration.

The preparation of reagents varies with their properties, function, and ways of adding them. The same reagent may differ in the quantity of use and effect due to different ways of preparation.

General ways of preparation are listed as follows.

applied for some water-insoluble reagents that can dissolve in special solvents (e.g. diphenylthiourea soluble in 10%~20% of aniline solution; aniline aerofloat soluble in alkaline solution of sodium hydroxide)

applied for some insoluble solid reagents (e.g. lime milk in which lime is added into water after being ground into powder, lime can also be directly added to the ball mill and mixing barrel in the form of dry powder)

applied for most fatty acid collectors (e.g. the saponification of tall oil with the use of oxidized paraffin wax soap in hot 10% sodium carbonate solution in the hematite ore beneficiation process.)

Reagents like fatty acids and diesel oil will work better after emulsification by ultrasonic wave or strong mechanical stirring. Many surface active agents can be used as emulsifiers.

Cationic collectors must be treated with hydrochloric acid or acetic acid because of their poor solubility before they can be dissolved in water for flotation.

Also known as aerosol flotation, in which the reagents are atomized in the air by using a special spray device and then added into the flotation cell. This method not only improves the floatability of target minerals, but also significantly reduces the dosage of reagents. For example, the dosage of collectors can decrease 2/3 to 3/4, the frothers 4/5.

The electrochemical treatment of reagents in solution by direct current can change the state of the reagents themselves, the pH value and the REDOX potential of the solution, so as to improve the concentration of the most active reagents, the critical concentration at which colloidal particles are formed as well as the degree of dispersion of insoluble reagents in water.

Where to Add Reagents

In order to give full play to the reagents’ work, the general practice of dosing is to add regulators, depressants and part of collectors (such as kerosene) into the ball mill to form a suitable flotation environment as soon as possible.

Collectors and frothers are added in the first flotation mixing tank. The activator should be added into the first tank and the collector and frother the second in case of two tanks.

The flotation plant normally starts with adding pH regulators to modify the pH value of the pulp for collectors and depressants to perform effectively. 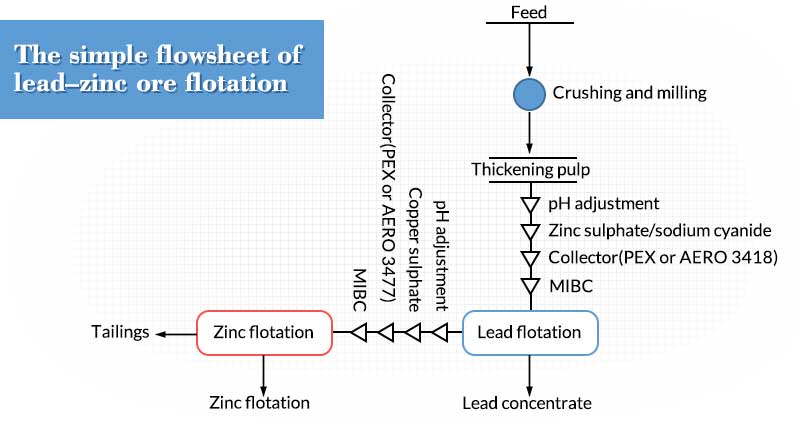 Recent years a lot of experimental research work has been carried out domestically and abroad in order to improve the efficiency of reagents by using physical methods, including emulsification, heating tanks, aerosol processing, the treatment of electric field and magnetic field, ultraviolet radiation and high energy radiation.