Hematite, also spelled haematite, heavy and relatively hard oxide mineral, ferric oxide (Fe2O3), constitutes the most important iron ore because of its high iron content (70%) and its abundance. Besides, hematite is also one of few ores that can be classified into the field of jewelry and jade.

Its name is derived from Greek "haimatites" for "blood", in allusion to its color, thus ancient people all called hematite as "Blood Stone".

Other information of hematite

Hematite is widely distributed around the world, covering all the continents. The global production of iron ores is shown below. The United States ranks first, followed by France, Canada, China, Sweden and Australia.

The world-famous hematite deposits mainly include Lake Superior and Clinton in the United States, Krivoi Log in Russia and Minas Gerais in Brazil. 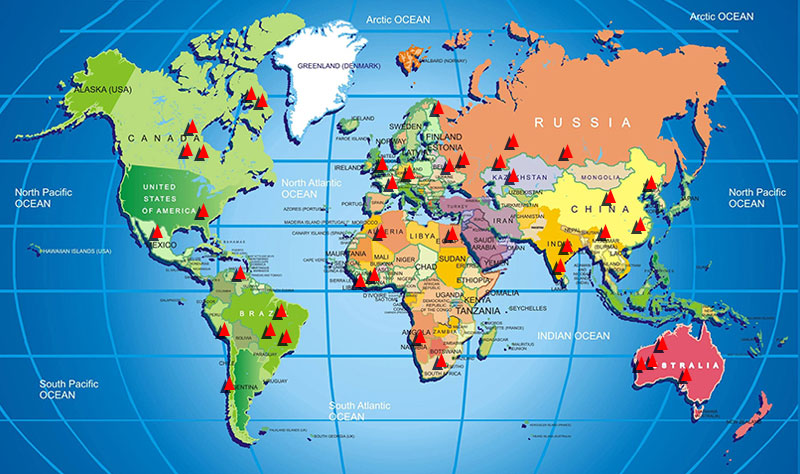 Different genesis of hematite deposits leads to different mineral forms, which can be divided into three categories.

Kidney hematite is a layered hematite aggregate. The surface layer is usually in the kidney-like or grape-like shape. It was formed by precipitating during the Precambrian and other ancient times when the iron content in the water was affected by the bacteria. 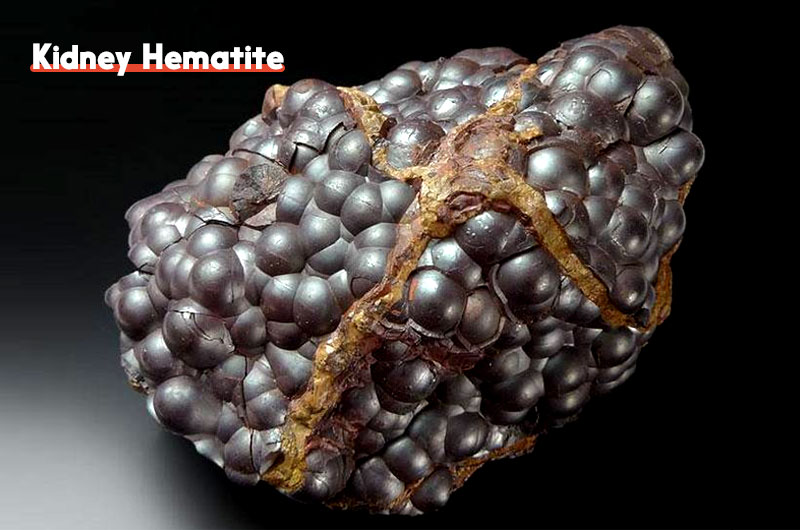 Kidney hematite has no magnetism of its own, but will show the magnetism if mixed with maghemite or magnetite. It is an extremely important iron resource and the largest producer is Michigan in the United States.

Micaceous hematite is a fine scaly hematite aggregate formed by sedimentary metamorphism. Its most representative producers are Brazil and Elba Island in Italy. 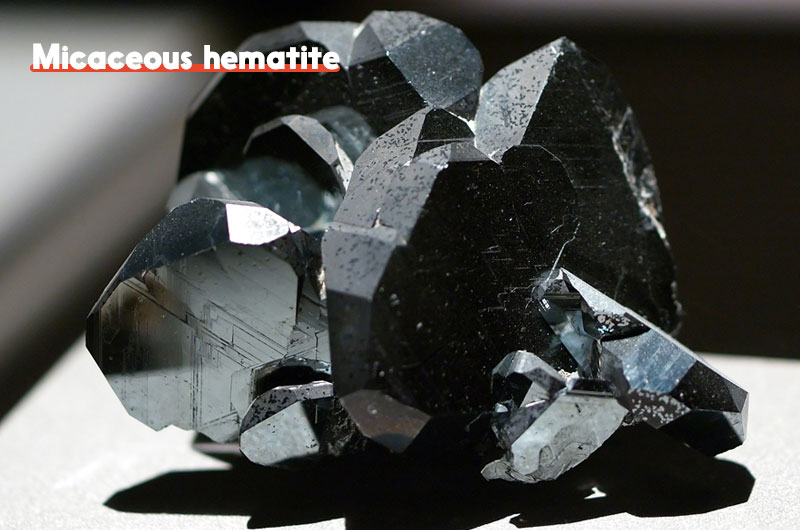 Specularite is an aggregate of rosette-shaped hematite or flake hematite formed by hydrothermal veins and volcanic gas. It is coarse-grained and the color is steel-gray to iron black, with metallic luster. The crystal surface shimmers like a mirror. 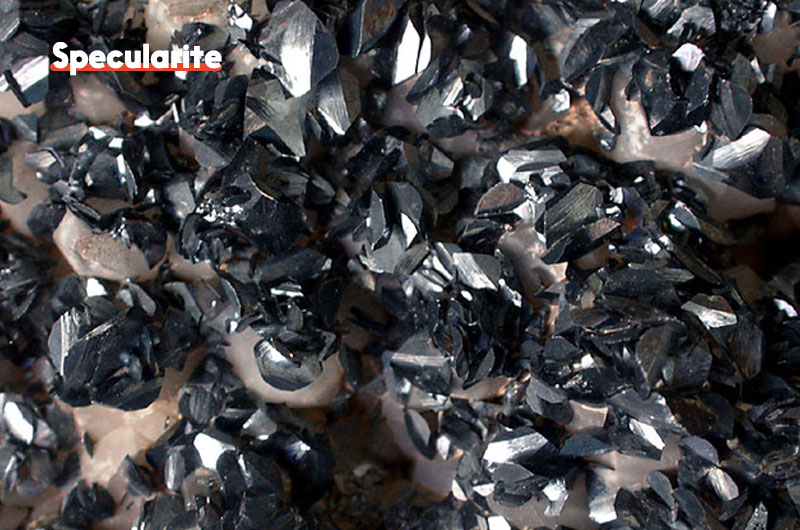 Specularite often contains fine magnetite inclusions thereby having strong magnetism. Its output is quite small, and its use as an ore is not so important. The famous producers of Specularite are Switzerland and Brazil.

After one or several beneficiation processes, such as heavy separation, flotation, strong magnetic separation and magnetizing roasting, hematite can extract iron and produce welding rods, soft or hard magnetic materials as well as batteries.

In addition, do you know other uses of hematite in human life?

In Ancient Europe, wizards believed that hematite was "the blood of Mother Earth" and can resist the invasion of all evils. Thus, when important ceremonies were held, they often smeared it on the body, symbolizing the coming of divine power. Soldiers in ancient wartimes also carried hematite with them to pray that they could be invincible and returned safely.

Hematite is also used for sacrifice and protection of the dead. The Ancient Egyptians often engraved it on the amulets and emblems. In the Victorian Era, mourning jewelries made of hematite were used to commemorate the dead. 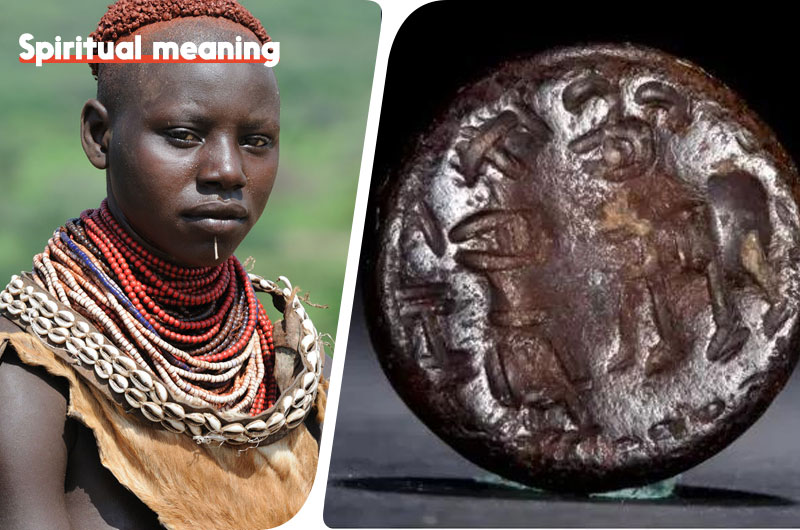 Besides, hematite powders were regarded as the coagulated blood, and blood was the place where the soul resided. Thus, people sprinkled the powders over the dead body, hoping that the dead could become reborn with new blood, or the soul could enter another world to survive.

Nowadays, hematite stone serves as a protective stone that helps to absorb negative energy and stay grounded in many situations. People often wear it or hematite pendants and bracelets to gain courage, strength and vitality so that they can overcome the difficulties encountered in their lives.

Hematite after processing and calcining, can be made into a valuable medicinal material- "Red Ocher". It has a direct rejuvenation effect on the blood and circulatory system of human body by stimulating the production of red blood cell, activating blood and promoting wound repair.

Hematite can be made into iron oxide red powder pigment, which has following advantages: being inexpensive, good colorability, high stability, excellent durability, low toxicity, strong concealment (only after carbon black).

Since the Victorian Era, jewelers have applied hematite as relief to gemstones, rings, necklaces and other accessories.

Contemporary jewelers have turned from the original carvings of hematite to the creation of faceted hematite. Due to its bright metallic luster, hematite has also become a popular choice for gentlemen's accessories, such as cufflinks, tie pins and frames of watches.

Gorgeous hematite ores are deeply loved by the professionals and amateurs so that they are collected as treasures or for sales in the market.

Here are some precious collections of hematite.

2. Hematite use and classification