Dressing Ways for 3 Kinds of Iron Ore Make You Profitable 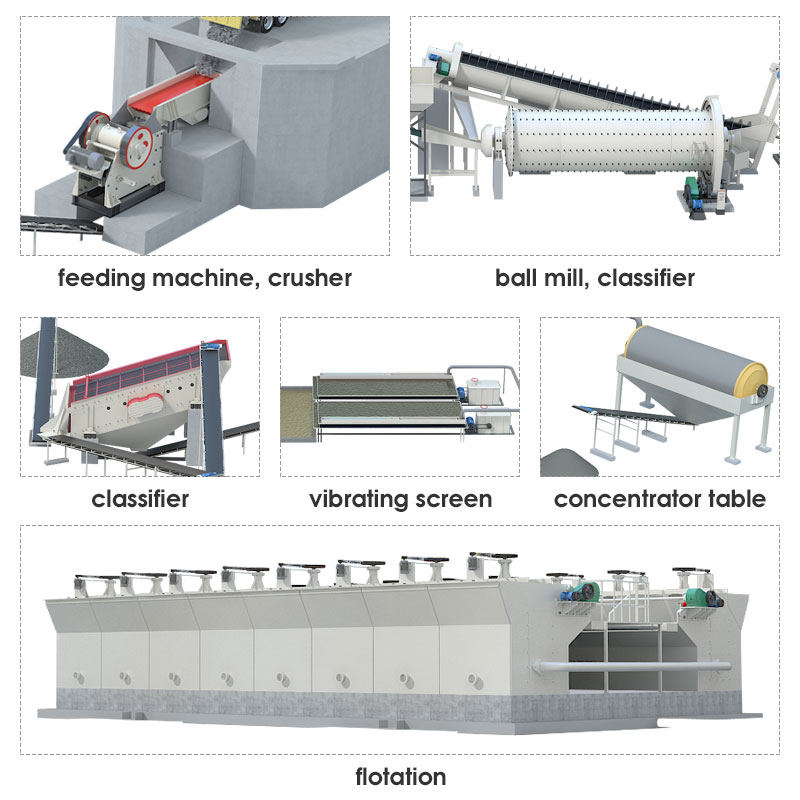 The following is a summary of the most powerful iron ore processing technologies, hoping you can get help:

Single magnetic ore is mainly embedded in fine grains. Gangue minerals are mainly silicate minerals such as quartz and hornblende, some of which contain more iron silicate.

To dress this kind of iron ore, the low-intensity magnetic separation method is usually adopted. To further obtain high-grade concentrate, the magnetic concentrate is treated by reverse flotation or high-frequency screen. 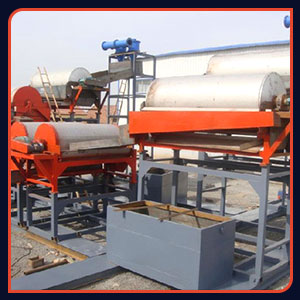 If the qualified tailings can be separated by coarse grinding, the stage grinding magnetic separation can be adopted in the further process.

In areas lacking water, dry grinding and magnetic separation are used. When the rich magnetic ore or poor magnet ore is depleted, gangue minerals contained are removed first. For the rich magnetic iron ore, it can be processed into blocked rich iron ore, and for the lean iron ore, the concentrates can be obtained after grinding.

To obtain high-grade concentrate, magnetite concentrate can be treated by reverse flotation or high-frequency screen. To improve the recovery rate, tailings reprocessing can be considered for further recovery.

The polymetallic and magnetic iron ore is mainly sulfur magnetite and a few phosphorous magnetite.

The magnetite in the ore is embedded with medium to fine grain. Gangue has silicate or carbonate minerals, often accompanied by pyrite, cobalt pyrite or chalcopyrite, and apatite. 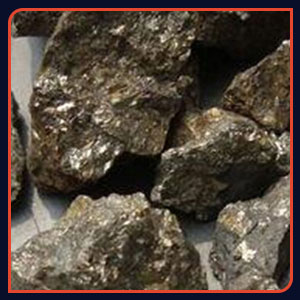 The different processes have different interlocked magnetite and sulfide.

Due to the variety of minerals and grain sizes, there are also many single weakly magnetic iron ore dressing methods.

The calcination magnetic separation is one of the effective methods of weakly magnetic iron ore separation from the sizes between fine and tiny particles (smaller than 0.02 mm).

When the ore contains rich minerals and is difficult to separate out, the magnetization calcination magnetic separation can be preferred to use.

When the minerals in the ore are complex and it is difficult to get good indexes by other methods, the magnetization calcination magnetic separation method should be used.

For blocked ores with a size of 20 to 75 mm, it can be processed in shaft furnace for reduction calcination.

Flotation is one of the common methods for separating fine to tiny particles of weakly magnetic iron ore.

In general, there are two frequently-used processes: positive flotation and reverse flotation.

The weakly magnetic iron ore with a size of 2 to 20 mm is mainly dressed by gravity separation and strong magnetic separation.

The weakly magnetic iron ore with size more than 20 mm is mainly dressed by dense medium separation and jigging separation.

This kind of ore is often embedded with particles, and closely commensal with gangue in an olite texture, which is difficult to dissociate.

The single commensal iron ore is mainly combined with hematite and magnetite or magnetite and siderite. In this kind of iron ore, magnetite, hematite, and siderite are mostly embedded finely.

There are two common dressing methods for this kind of iron ore:

Calcination magnetic separation method or a combined process with other methods

The polymetallic commensal iron ore is mainly formed of magnetite and hematite or siderite, which are embedded in medium to fine grains. Its gangue rocks include silicate and carbonate minerals or jadeite, etc. And the commensal components are apatite, pyrite, chalcopyrite, and rare earth minerals.

The beneficiation method of this kind of ore is the most complex among all kinds of iron ores. Generally, the combined process of weakly magnetic separation and other methods is adopted.

The above are useful and powerful ore dressing methods. For the separation of iron ore, the author suggests that it is better to customize the appropriate dressing methods of minerals instead of applying the method of mineral processing arbitrarily.

Fote heavy industry, as one of China's mining industry leaders, has always been to provide clients with the best production equipment and design the most suitable ore dressing solutions. If you have questions about the iron ore dressing process, welcome to consult on the message box, and our professional engineer will give the best answer to you for the first time.