According to the BBC report, a landslide caused by the monsoon rains hit a jade mining site in Sate Mu village tract of Hpakant township.The local fire department has found bodies of 168 victims and 54 injures. This is by far the largest mining accident in Myanmar. 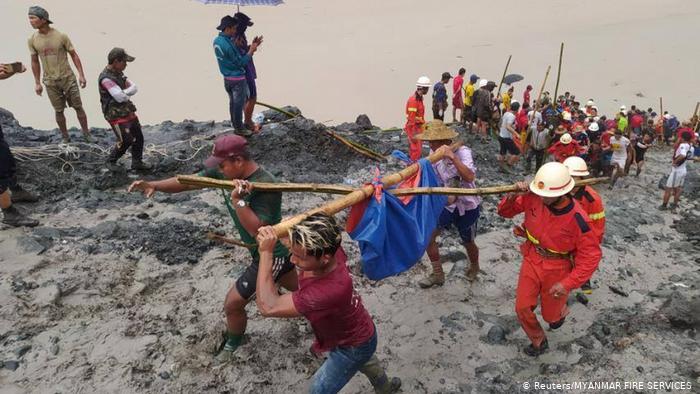 A firefighter who is responsible for rescue operations told The Myanmar Times that at that time, a huge mud engulfed the victims who were working in the jade mine. A survivor said: "Within a minute, all the people at the bottom of the hill just disappeared."

The status of the Hpakant Mines in the world

Statistics indicate that more than 90% of the world's jade comes from Myanmar, and most are high-grade. According to The Myanmar Times, the Hpakant mining areas are the largest and most profitable jade mining center in the world.

Although official data shows that annual jadeite sales are close to 700 million € (US $790 million), independent estimates indicate that the industry is worth more than 30 billion€.

Current status of mining in Myanmar

According to the BBC reports, it is difficult to stop the local people doing illegal mining operations. Despite the new ore mining regulation has been passed last year, the number of inspectors is seriously insufficient, and the authority is not enough.

Local resident Shwe Thein told the BBC: "Traditionally, searching for gems is the only job for people in the region, so they have no choice. Whether they obtain official permission or not, they will mine in any way. Though mudslides continue to occur, many organizations involved in jade mining (including armed groups) always say that the situation here is very good. Therefore, it is difficult for the outside world to know the real situation." 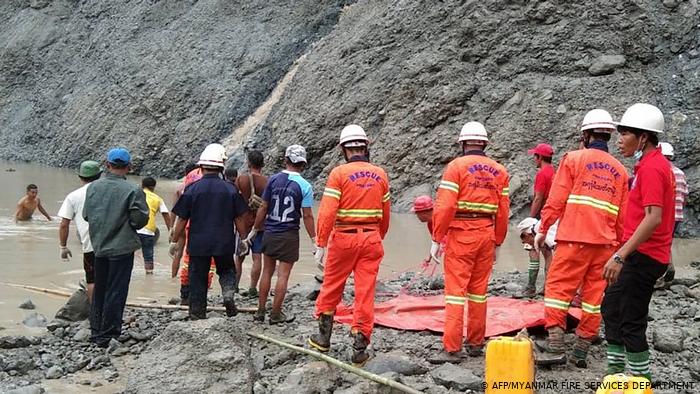 Due to the danger of landslides during monsoon rains, the government ordered the mines in the areas to be closed from July 1 to September 30. Mr. U Tin Soe, a member of parliament in the region, said that despite the risks, there are still hundreds of illegal workers replacing regular miners continue doing the work.He said in a telephone call at the scene of the disaster: "The reason of ordering a stop is because it is dangerous to work here during the rainy season."

"However, after the mining company stopped, an illegal ethnic armed group earned money from illegal miners, and allow them to work here."

He also said: "About 100,000 miners are working in the areas, and nothing can stop them mining even at the risk. If people continue to work, there will definitely be more landslides and deaths. But there is no effective rule of law in this mining areas, which makes it difficult to control."

The reason for this large-scale mining disaster:

According to reports, Burmese mine accidents caused multiple casualties are not uncommon. The main reason is that the victims are usually free miners who live near the abandoned mounds formed after heavy mining by heavy machinery, and the mounds become particularly unstable during the rainy season. At present, Myanmar is in a monsoon season with frequent rains. Before the disaster, the miners were digging precious jade in the mine. 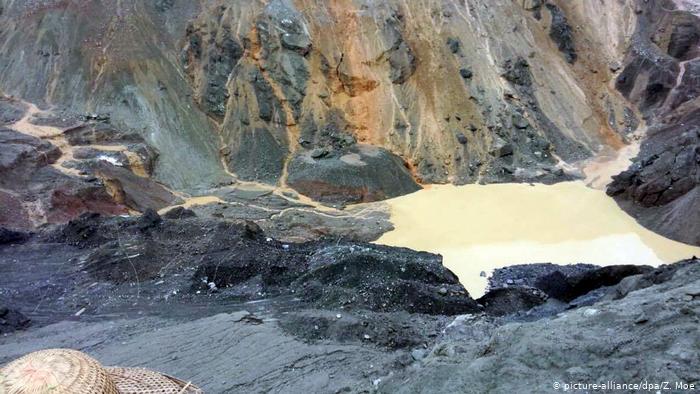 How to prevent the mine disaster from happening again?

"Operations in violation of regulations" is always the main cause of mining disasters.But behind it is the lack of responsibility and indifference to life.

To avoid the next mine disaster, miners should take safety measures, and have a strong sense of safety while strictly abiding by the operating rules.In addition, the responsible person must first cherish and respect life, and strictly remove the hidden safety hazards for miners. At last, we also need to improvement of the supervision mechanism, law enforcement in place and strict accountability.