Iron is the most commonly used metal in the world, accounting for 95% of all metals used each year. Iron ore is the rock and mineral from which iron can be smelted economically. 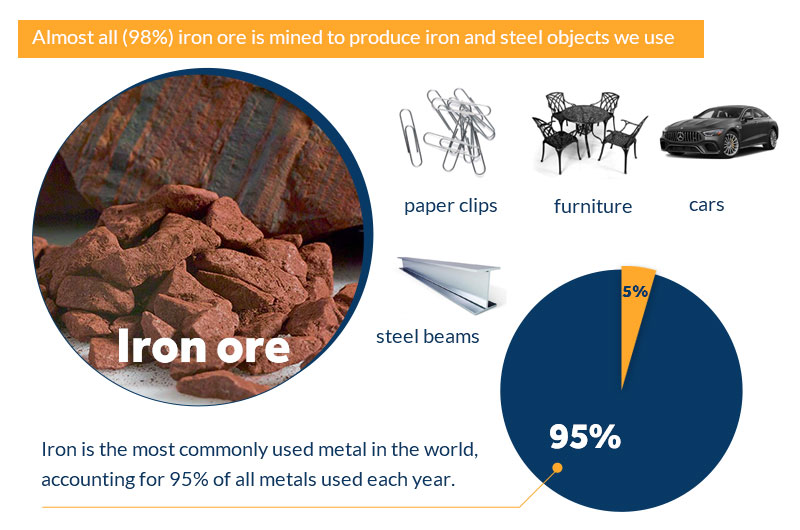 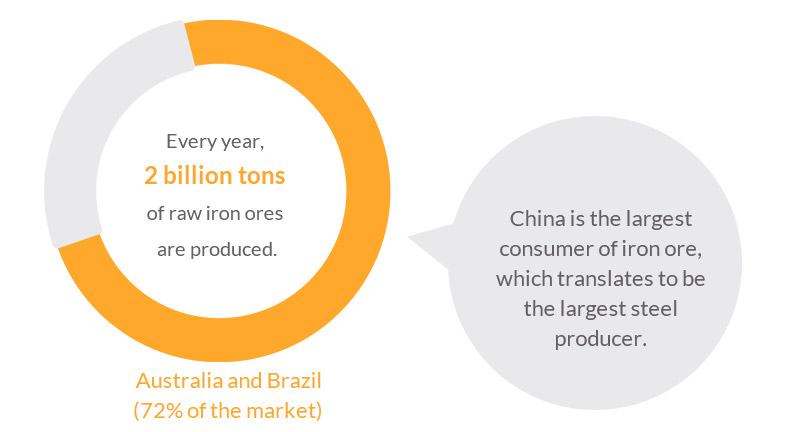 World consumption of iron ore grows 10% per annum on average. Among them, China is the largest consumer of iron ore, which translates to be the largest steel producer. 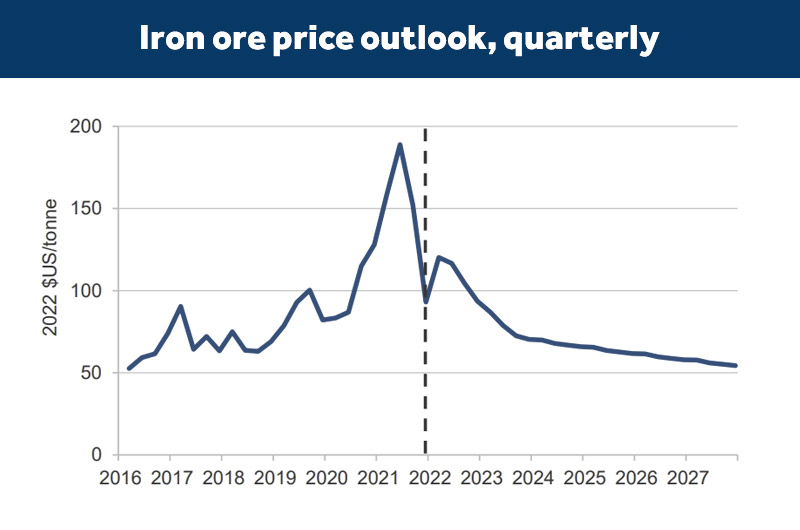 The most important iron ore is found in sedimentary rocks.

There are more than 300 kinds of iron-bearing minerals, but only 20 kinds are used as raw iron ores. The most important 4 types of iron ores are magnetic ore, hematite, limonite, and siderite.

Magnetite, also called lodestone. It is a natural magnet, hence the name, giving it a distinguishing characteristic.

Magnetite is the best iron ore. It has the highest iron content (up to 72.4%) and the strongest magnetic power. It can be separate from gangue, producing a high-grade concentrate (above 70%) with very few impurities. 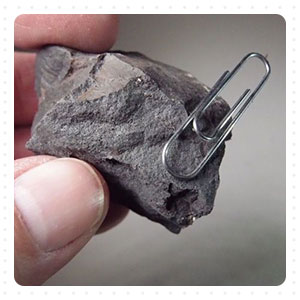 Magnetite rocks are the most commonly mined ore of iron:

Magnetite is rich in reserves. Australia, Brazil, America's Minnesota and Michigan, eastern Canada, and northern Sweden are the largest producers.

Magnetite's greatest use is as a high-quality iron ore for steel manufacture. It can also be applied in paints, ceramics, etc.

2. Hematite - the most important iron ore

Hematite, also spelled haematite, its name is derived from the Greek word for “blood,” in allusion to its red color.

Hematite is the most important industrial iron ore in terms of the quantity used, but has a slightly lower iron content than magnetite. It often coexists with magnetite and limonite and is easier to restore than magnetite. 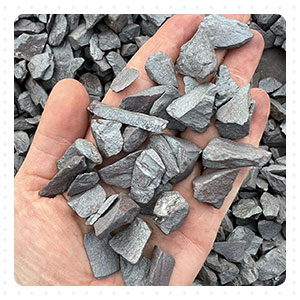 Hematite is produced in Australia, Brazil, India, and other countries. Raw hematite beneficiation is generally magnetic separation, flotation, gravity separation, etc. But sometimes it occurs in higher-grade deposits, called direct-shipping ore (DSO). Such hematite can be extracted with simple crushing and screening.

Hematite has wide use, but its economic significance is very small compared to the importance of iron ore. It produces pigments, jewelry, healing stone, etc.

Limonite is named from the Greek for meadow, from occurrences in bogs.

Limonite is not a true mineral but a mixture of hydrated iron oxide minerals mostly made up of goethite. It occurs as a secondary material, formed from the weathering of other iron ores or deposited as bog, lake, and shallow marine sediments. 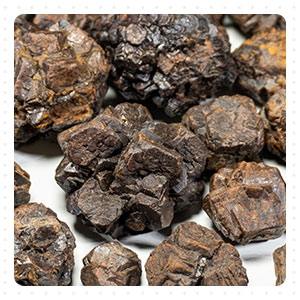 Most of limonite exists in the form of 2Fe2O3•3H2O. According to different crystal water content, limonite minerals can be divided into water hematite, needle hematite, limonite and the like.

It has been used as low-quality iron ore for thousands of years due to the small deposit and large water content. Therefore, limonite needs to be briquetted before smelting. It is also the most important ocher and umber pigment.

4. Siderite - carbonate of iron with no magneticity

Siderite is also the name of a type of iron meteorite. It takes its name from the Greek word sideros, meaning "iron".

Siderite is a hard and dense carbonate of iron, containing no sulfur or phosphorus and is mixed with carbonates such as magnesium, manganese, and calcium. Siderite is roughly the equivalent of calcite but with iron replacing the calcium. 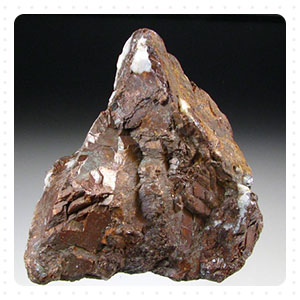 Siderite occurs mostly in sedimentary and hydrothermal environments or in igneous pegmatites (a variety of granite occurring in veins). Other minerals associated with siderite include barite, fluorite, galena, quartz, dolomite, sphalerite, pyrite, etc.

Although siderite is not high in iron content, the iron content of the CO2, after calcination, increases significantly due to the liberation, and the ore becomes porous with good reduction. Except for producing steel, siderite is the most permanent earth pigment for artists.