How to Recover Iron from Magnetite: 4 Methods and Stages

Magnetite is the main mineral in iron ore beneficiation, which has industrial value and is mined in large quantities.

Here we will introduce the beneficiation method and process of magnetite ore in detail.

Magnetite is an iron oxide ore, which belongs to the equiaxed crystal system, and its chemical formula is Fe3O4. The Mohs hardness of magnetite is 5.5~6.5. Like hematite, it has strong magnetism. In ancient times, it was also called a magnet. 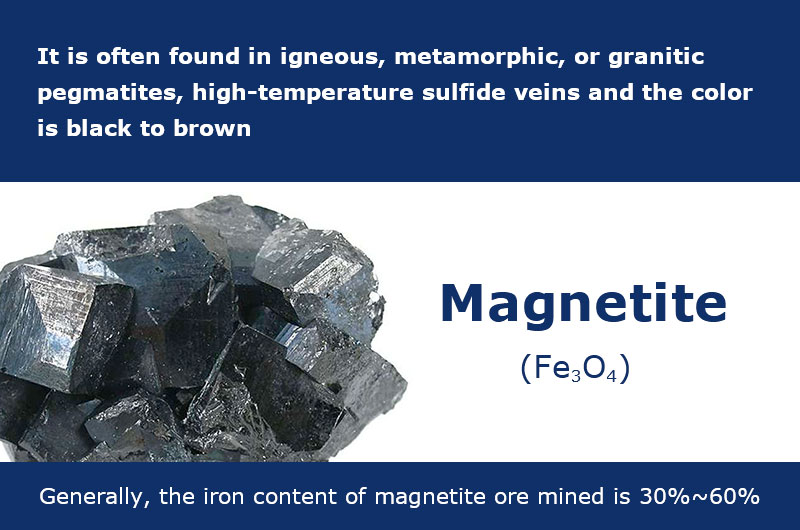 Magnetite is often formed in igneous, metamorphic, or granitic pegmatites, high-temperature sulfide veins and the color is black to brown. Generally, the iron content of magnetite ore mined is 30%~60%, which is mainly used for iron making.

Magnetite must be upgraded through the ore treatment process to produce high-grade concentrates for steelmaking.

The most commonly used beneficiation method for magnetite is weak magnetic separation. However, there is very little single magnetite in nature, and most of them are mixed ores associated with other minerals.

Therefore, magnetite is usually beneficiated mainly by magnetic separation, supplemented by flotation, gravity separation, calcination, and so on.

Ftmmachinery recommends a weak magnetic separator for you.

When the gangue minerals of magnetite contain impurities such as silicate, sulfide, and apatite, the magnetic separation method cannot remove the impurities well in the iron concentrate, which will lead to the problem of high silicon content. 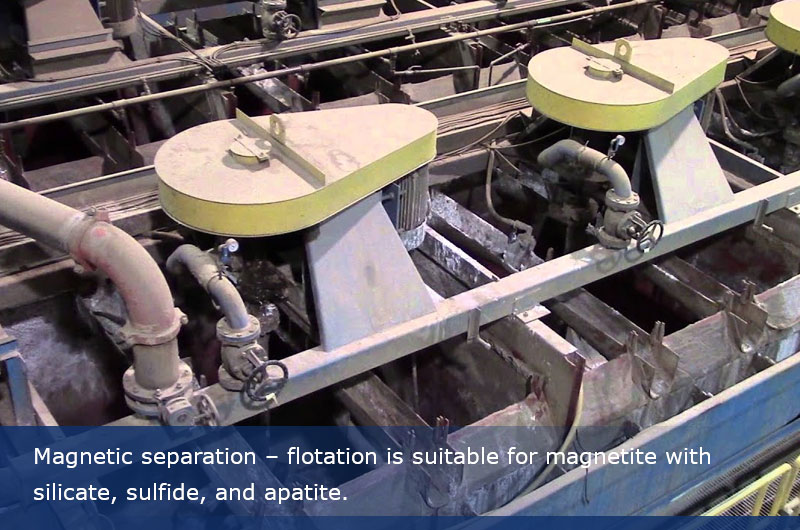 Ftmmachinery recommends a weak magnetic separator and flotation machine for you.

For mixed ore containing weak magnetic iron oxides such as hematite, limonite, siderite, etc., it can be converted into strong magnetic magnetite after calcination pretreatment. It can be effectively separated by the magnetic separator in a weak magnetic field. 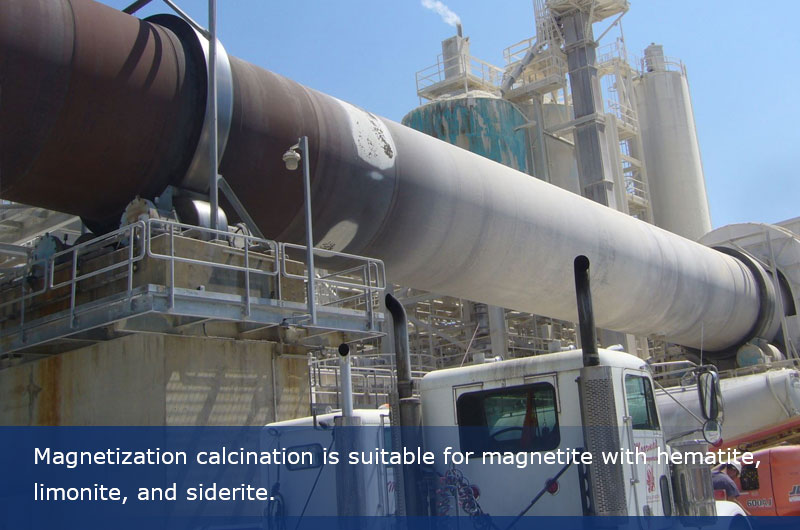 After calcination, the magnetism of iron minerals is enhanced, while that of gangue minerals has little change. This treatment is a method of thermochemically treating iron ore, often referred to as magnetization calcination.

Ftmmachinery recommends a rotary kiln and weak magnetic separator for you. 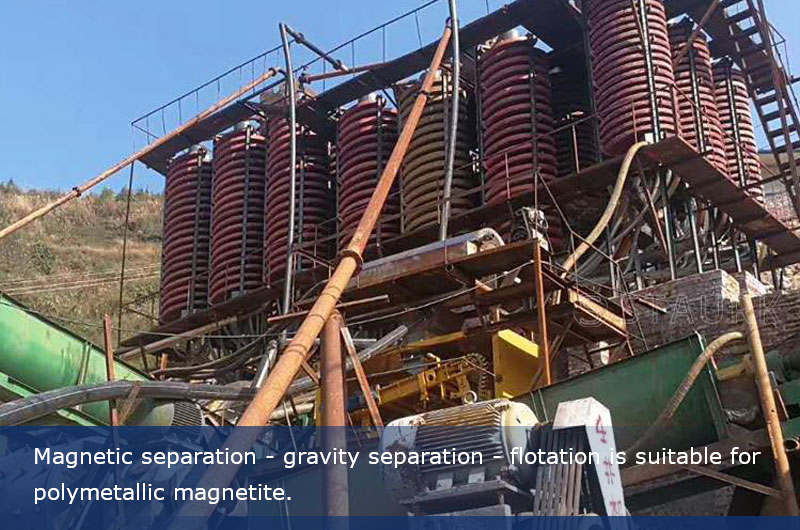 Ftmmachinery recommends a spiral chute, magnetic separator, and flotation machine for you.

The beneficiation process of magnetite mainly includes 4 stages. Once you have discovered or mined magnetite, you can extract iron concentrates through the following process.

Grinding is to dissociate magnetite and gangue minerals as much as possible, to create suitable conditions for the next beneficiation separation.

The beneficiation stage of magnetite is to separate magnetite from other minerals by physical or chemical methods to recover iron ore concentrates. The most common beneficiation method is the two-stage magnetic separation process.

The separation process is the key to magnetite processing. According to the above beneficiation method, the magnetite with complex compositions also needs gravity separation, flotation, calcination, and other methods. For example:

Since the iron concentrate after separation contains some water, dehydration treatment is required.

Through the above process, the magnetite processing plant can obtain more than 65% of high-quality iron ore concentrate, and the recovery rate is as high as 80%. Of course, the specific beneficiation process needs to be determined by the magnetite beneficiation test.

Ftmmachinery can customize the process flow and configure reasonable mineral processing equipment for your magnetite plant. Contact us!