What Are the Types of Gypsum Ore and Their Properties?

Gypsum is a calcium sulphate mineral in non-metallic sulphates.

It is widely used:

Generally speaking, gypsum refers to two minerals, gypsum and anhydrite. They are often produced together and can be transformed into each other under certain geological effects.

According to the crystal form, structure and material composition of gypsum, it can be further divided into the following 14 subcategories:

Fibrous plaster is milky white or wax yellow, with a fibrous structure. It's often in the form of veins, nets, lenses or thin interlayers together with gypsum and anhydrite layers. The blue-gray giant-pegmatite gypsum ore is mainly composed of crystal clusters, granular gypsum and clay minerals. 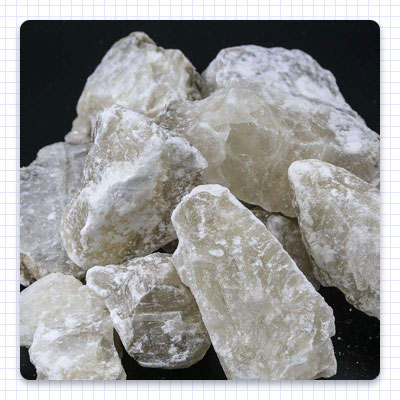 Gypsum (or common) ore is white, green, gray or light yellow. It is massive and granular structure. Its main minerals include dihydrate, a small amount of anhydrite (the sum of the two is over 85%), and a small amount of dolomite, calcite and clay minerals.

Anhydrite ore is dense and hard with the color of white, gray or light blue. The main minerals are anhydrite, gypsum (the sum of the two is greater than 85%), a small amount of montmorillonite, hydromica, dolomite, calcite and celestine. It has the granular, scaly, fibrous crystalloblastic texture, or crumby, lamellar, porphyritic, brecciated-vein structure.

According to the mineral composition and content of the ore, the gypsum ore can be divided into the following types: