Apart from gold and silver, the most frequently mentioned noble metal in everyday life is platinum. Because of its rarity and preciousness, platinum is highly sought after by European royalty. For example, King Louis XVI of France declared that "platinum is the only metal suitable for kings", he had a platinum bowl. 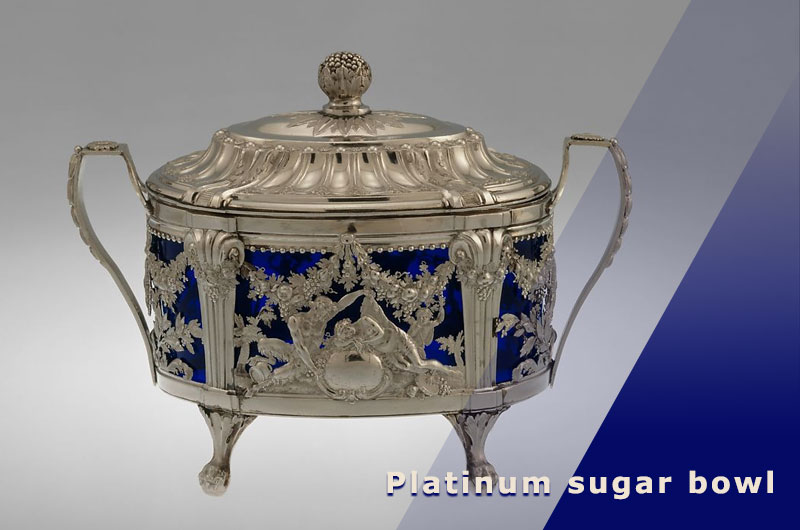 The six platinum-group metals are platinum, palladium, rhodium, iridium, ruthenium, and osmium. They have similar physical and chemical properties, and tend to occur together in the same mineral deposits. 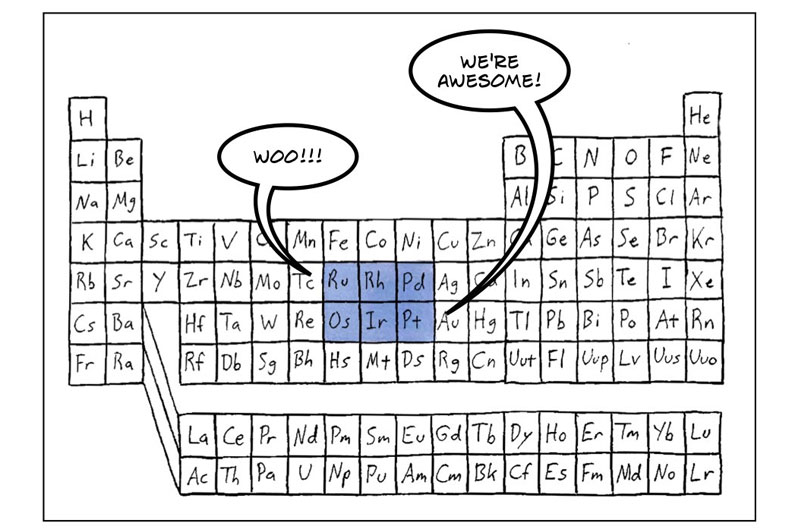 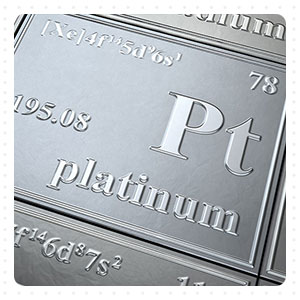 Atomic number (number of protons in the nucleus): 78

Platinum is very popular in the jewelry industry, and platinum is often used in engagement rings to express the innocence and longevity of love.

In the glass industry, platinum crucibles are used to melt and process molten optical instruments and special-purpose glass. 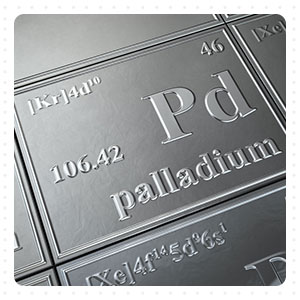 Atomic Number (number of protons in the nucleus): 46

Named after the asteroid Pallas

Palladium, known as the most corrosion-resistant pure metal, is resistant to salts, oxides, and inorganic acids, but is affected by sodium chloride and sodium cyanide. It also has a high melting point (albeit the lowest of all platinum group metals) and resistance to deformation, which is useful for strengthening alloys.

Palladium is also used in jewelry, although it is not as popular as platinum.

Palladium's unique quality lies in its ability to absorb 900 times its own volume of hydrogen at room temperature. This makes it an efficient and safe hydrogen storage medium and purifier. It is also used in chemical processes that require the exchange of hydrogen between two reactants, such as butadiene, the raw material for the production of synthetic rubber.

Palladium has excellent catalytic properties like platinum, so it can be used as a replacement for the more expensive platinum in catalytic converters. 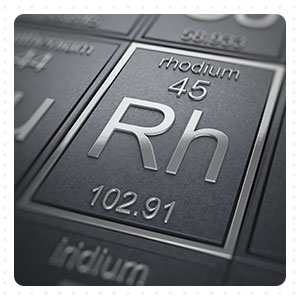 Atomic number (number of protons in the nucleus): 45

Named after the rose color of its salts

Like its sister metals platinum and palladium, rhodium also has excellent catalytic activity. Therefore, rhodium's primary use is in catalytic converters of automobiles, where it reduces the amount of nitrogen oxides (NOx) exhaust gases emitted into the atmosphere. It is the metal of choice for the control of NOx.

Rhodium has high reflectivity to visible light and can be used to make coatings for industrial mirrors and reflectors.

Atomic number (number of protons in its nucleus): 77

Named after Iris, goddess of the rainbow

Iridium is the rarest platinum group metal and the most corrosion-resistant element known.

Iridium is very hard and is often combined with osmium to form an osmium-iridium alloy for pen nibs and compass bearings.

Iridium's biocompatibility contributes the most to us. Iridium can be used in a range of medical applications, such as health technology combating cancer, heart conditions, and even deafness and blindness.

Iridium has better X-ray reflectivity than nickel, gold, and platinum, so it is also used in X-ray telescopes. 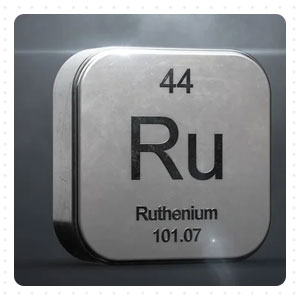 Atomic number (number of protons in its nucleus): 44

Named after the Russian nation

Ruthenium is one of the most effective hardeners for platinum and palladium and forms alloys with these metals to make electrical contacts and chip resistors with severe wear resistance.

Ruthenium is used in catalysts for the production of ammonia and acetic acid. Ruthenium compounds are used in solar batteries to convert light energy into electricity. 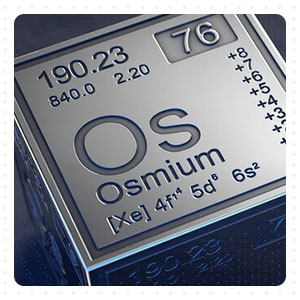 Atomic number (number of protons in its nucleus): 76

Named from the Greek word for 'odor'

Osmium has a beautiful light blue-grey color. Unlike other platinum group metals (Platinum, Iridium, Ruthenium, Rhodium, and Palladium), which are silvery.

The high hardness makes it useful where hardness and durability are required. Such as fountain pens, electrical contacts, and hardcore ball bearings.

Osmium is an extremely effective oxidation catalyst. When osmium is used as a catalyst for ammonia synthesis or hydrogenation, a higher conversion rate can be obtained at a low temperature.

Osmium tetroxide (OsO4), an important compound of osmium, is used to stain biological samples for microscopy and fingerprint detection.

From platinum jewelry to pens, cancer drugs to cell phones, automotive catalytic converters to electrical contacts, these 6 platinum group metals play a vital role in our daily lives and industrial development. It is estimated that a quarter of the goods manufactured today contain PGM or that PGM plays a key role in its manufacturing process.

The growing importance of PGMs has also drawn attention to PGM mining and processing, the subject of our next blog post.