India, as a great agricultural country, 80% of its population depends on agriculture for a living, so a large number of agricultural residues are generated.

However, these fuels are not fully utilized, not only cannot meet people's needs, but also cause serious environmental pollution.

Therefore, it is imminent to replace fossil fuels with charcoal briquettes. Charcoal briquettes are made by charcoal powder with a briquette making machine, which can be widely used in households, commerce, industry, agriculture and other fields.

Status of energy use in India

Over the past 25 years, India has imported more than 119.2 million tons of crude oil and petroleum annually, even as the use of conventional energy sources such as petroleum, coal and electricity has greatly increased among the ASEAN economies.

The heavy dependence on imported oil has led to economic and social uncertainty. 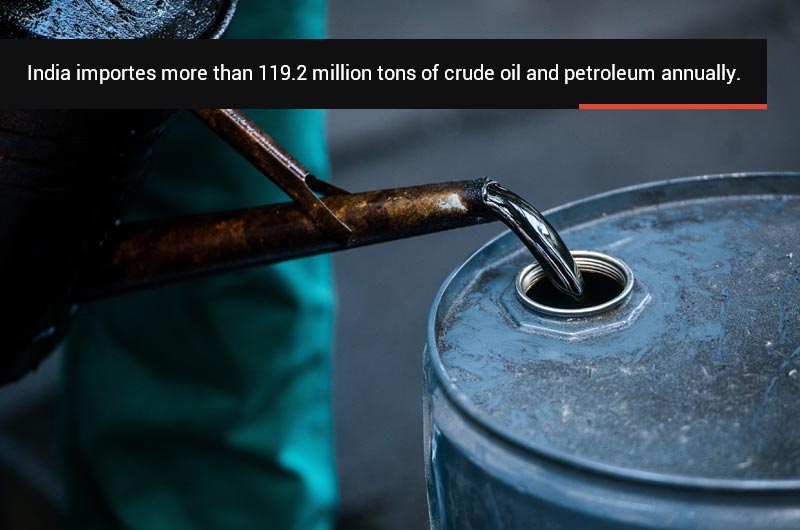 Currently, India has a strong interest in developing renewable energy technologies for both environmental (pollutant release and depletion of fossil reserves) and economic reasons.

Wide use range of biofuels

Due to the high cost of non-biofuels such as coal and natural gas, households in rural India are highly dependent on available biofuel sources such as firewood, manure cakes and agricultural residues as their primary energy source. 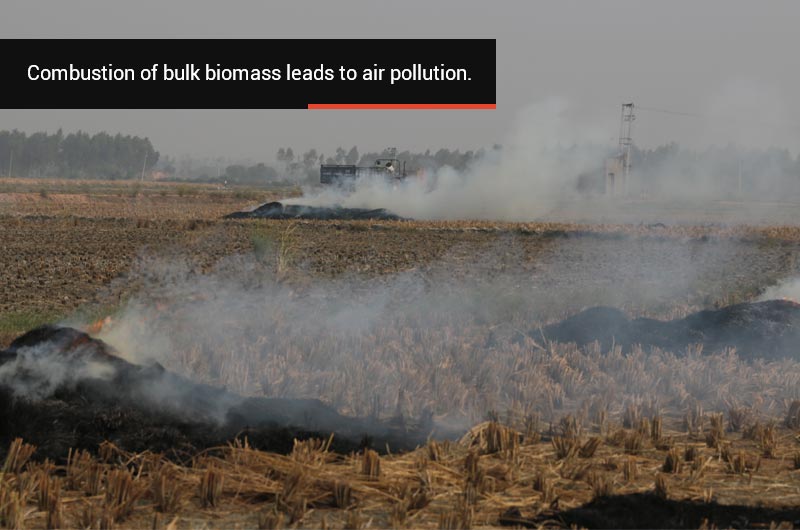 Wide use range of biofuels in India

It is estimated that about 96% of rural households are using biofuels. These fuels predominate in the home and are used mainly for cooking.

The following table shows the consumption of firewood, manure cakes and agricultural residues in India:

India produces a lot of agricultural residues including rice husks, coffee husks, coconut husks, jute sticks, peanut husks, sawdust, etc., but they are not used properly and the utilization efficiency is low.

There are many disadvantages to using unprocessed agricultural residues as energy sources, such as:

In addition to the problems of transportation, storage and utilization, the direct combustion of bulk biomass results in very low thermal efficiency and extensive air pollution.

When the particulate matter (PM) emission in the flue gas exceeds 3000 mg/Nm2, the conversion efficiency is as low as 40%.

Charcoal is a dark brown or black porous solid fuel that remains after incomplete combustion of wood or wood materials or pyrolysis in the absence of air. 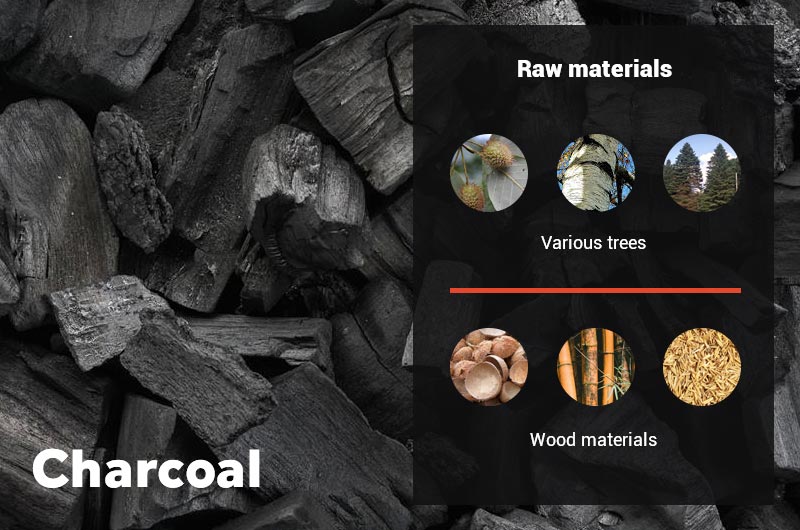 Note that the carbonization of the biomass materials must be done by yourself. Then you can turn to us for crushing, grinding and briquetting.

What are charcoal briquettes?

Charcoal briquettes are made from charcoal powder mixed with adhesives (starch, lime, etc.). They are pressed by a charcoal briquette machine into various shapes, such as round, square, pillow, and oval.

What is the price of charcoal briquettes in India?

The Dheeraj family from India originally used firewood as a household fuel. On the recommendation of their neighbors, they tried to use charcoal briquettes instead of firewood.

After a while, they were satisfied, "Charcoal briquettes can burn for a longer time, and the price is cheaper," Dheeraj said.

The following is a comparison of the weekly expenses of the Dheeraj family using firewood and charcoal briquettes:

His wife Nandana said, "When I cook with wood, a lot of smoke will irritate my eyes and give me a headache. This is not the case with charcoal briquettes.”

What are the advantages of charcoal briquettes?

How to produce charcoal briquettes? 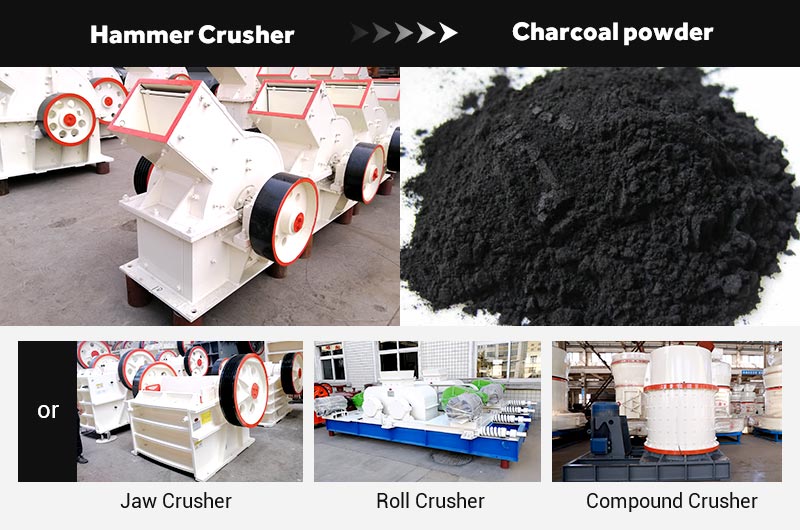 It is often necessary to add binders before briquetting the charcoal powder to ensure the density, strength, hardness, and integrity of the charcoal briquettes during transportation.

There are three types of binders used in the production of charcoal pellets, namely inorganic binders, organic binders and composite binders.

Advantages: The briquettes made by the organic binder have low ash content.

The composite binder is composed of two or more kinds of organic and inorganic binders.

Disadvantages: The preparation process is more complicated, and the cost is relatively high.

The charcoal can be sent to the briquetting machine for molding after being mixed in the mixer. The more fully stirred, the higher the quality of briquettes produced.

Step 4: Dry in the dryer

The materials should generally be fed into the dryer evenly and continuously before the briquette is pressed. The main body of the dryer is a slightly inclined and rotatable cylinder.

The hot air generated by the hot blast stove or steam boiler is passed into the dryer to contact the wet charcoal.

The cleaning device inside the dryer, crushing and dispersing device, etc., turns over, pushes and strengthens the heat exchange of wet charcoal. Finally, it can be dried into a loose product with the moisture of less than 12%.

The mixed materials are fed into the briquetting machine. It has a pair of cylindrical wheels with axes parallel to each other, the same diameter, that rotates at the same speed and in opposite directions.

There are many hemispherical sockets of the same shape and size regularly arranged on the wheels. 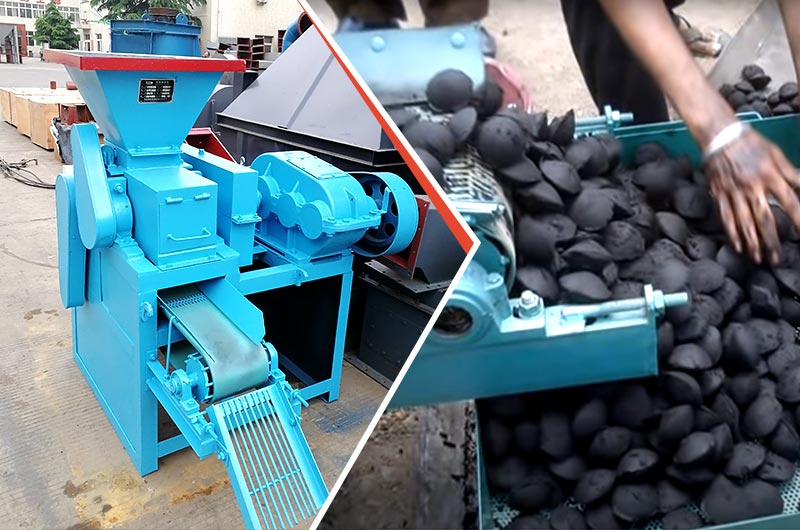 The material falls between the two wheels. Driven by the motor, the sockets are gradually closed. Under the action of high temperature and high pressure, the material in sockets is pressed into briquettes.

Then the sockets are gradually separated, and the compressed charcoal briquettes fall off smoothly.

The information of charcoal briquetting machine is shown in the following table:

What are the uses of charcoal briquettes?

Charcoal briquettes can be used not only for boiling water, cooking, family barbecue, heating, but also for deodorization, dehumidification, garden composting and so on.

Catering institutions such as restaurants, canteens, bakeries, wineries, etc. can use charcoal briquettes to boil water, cook and grill.

Charcoal briquettes can also be used for baking tobacco, tea, oil and so on.

Charcoal briquettes can be used as fuel for hatching chicks, as well as feed additives and deodorants.

Is it profitable to invest in charcoal briquettes projects?

The main costs of investing in a charcoal briquettes project are as follows:

Agricultural by-products not only cause waste of resources, but also cause serious environmental pollution.

Charcoal briquettes with both economic benefits as well as social benefits

Investing in the production line of charcoal briquettes can bring economic benefits as well as social benefits.