Although limestone appears in literally every daily product from cement to toothpaste. People still have a lot of confusion about it. 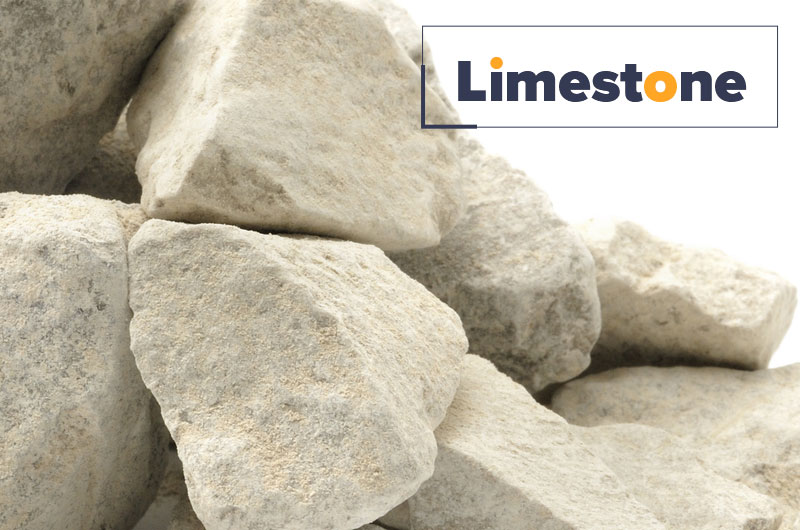 1. Is limestone a mixture or a compound?

Limestone is a carbonate sedimentary rock that has a uniform composition of calcium carbonate, CaCO3. Because it is composed of one component only, limestone in its purest form can be classified as a compound.

However, in most cases, the limestone deposits tend to contain fossils, as well as other elements (such as magnesium) or minerals (such as quartz). Therefore, we prefer to call limestone a mixture.

Here are some properties of limestone that people are interested in.

2. Are limestone, quicklime, and slaked lime the same thing?

No, they are not the same thing. Limestone cycle can help us get this conclusion. 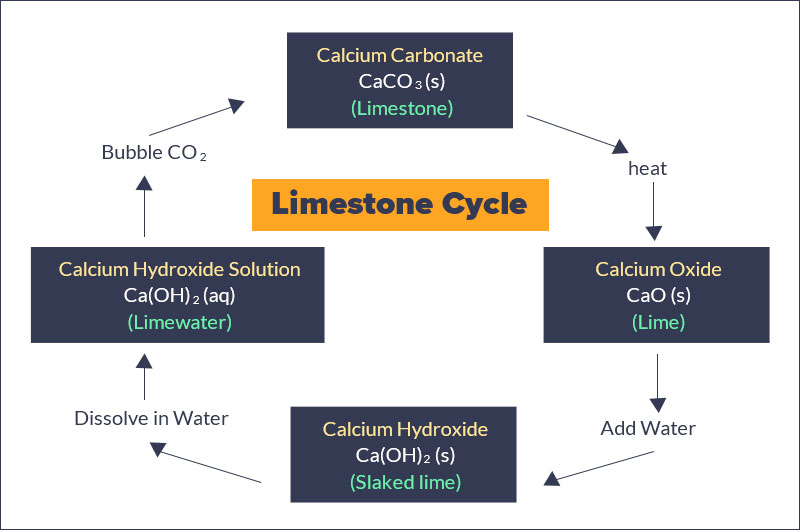 Limestone cycle starts with a question what happens when limestone is heated?

Slaked lime can be dissolved in water to form limewater. Bubbling carbon dioxide through limewater forms a milky suspension of calcium carbonate.

Learn the production process of quicklime and the equipment required.

3. How do limestone and sandstone differ?

Limestone and sandstone are common sedimentary rocks with a very natural appearance, highly valued in construction for certain qualities. As sedimentary rocks, they share certain similarities and are often confused with each other. However, they are different. 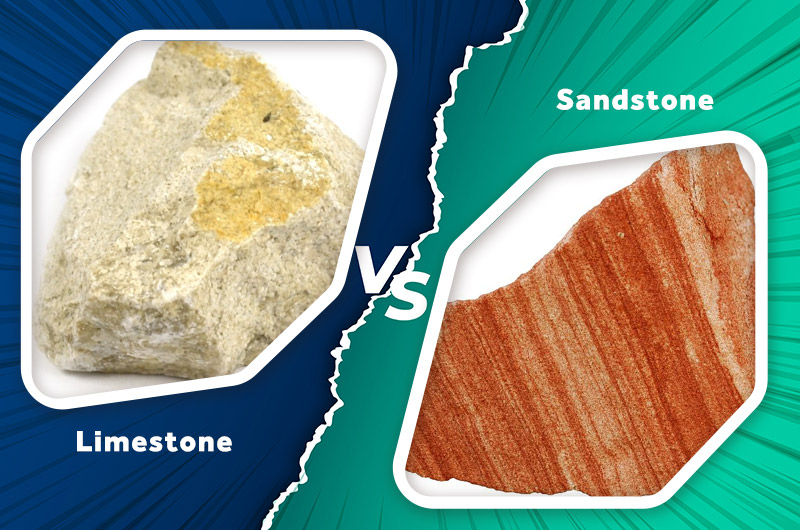 Limestone is composed largely of the mineral calcite (CaCO3), while sandstone is a clastic sedimentary rock made of sand like pieces of rocks and minerals like quartz, feldspar, mica, etc.

Limestone often forms from whole or pieces of a variety of organisms that contain calcium carbonate, such as mollusks, echinoids and corals. Most limestone beds form in marine environments where large deposits of organisms and carbonate precipitation build up over time.

Sandstone is formed from the breakdown of larger rocks due to weathering and erosion as well as from processes that occur within the rock, usually biologic but sometimes chemical in nature.

Many sedimentary rocks, including sandstone, display a visible stratification into layers. This visual cue can help determine how a rock came to be primarily based at the size and intensity of each layer.

Limestone does not have the stratification pattern that sandstone does. Some limestone is composed completely of organic matter that is impossible to see with just the naked eye.

4. Is limestone used in cement?

Besides being cut into blocks used as building stone, or crushed into limestone aggregate used as base material, limestone has an important use in making cement. 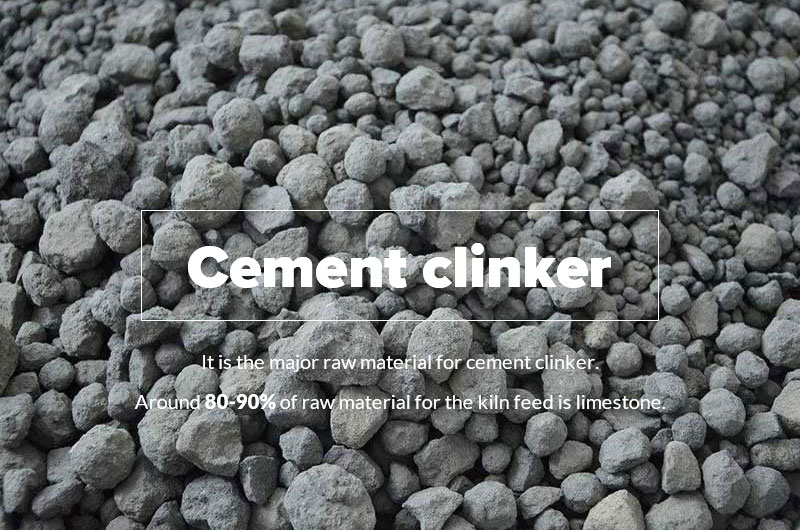 Limestone is also a popular mixture for cement production.

Adding a small amount of limestone can improve the early strength, grindability, and the particle gradation of cement, and reduce production costs. On top of that, replacing some of the clinker in Portland cement with ground limestone reduces the amount of carbon dioxide in the cement.

Please note that excessive addition will seriously affect the strength of cement.

Yes, you can eat limestone. Many places have a tradition of using limestone to make food to supplement calcium, such as Thailand and India. 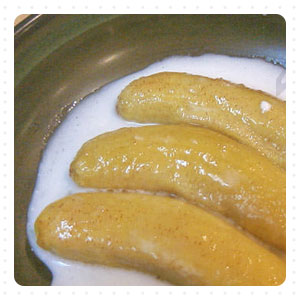 In Thailand, limestone paste is widely used in batters for fried foods and pastries as a key ingredient that promotes crispiness. It is also used to crisp up cucumbers for pickling and vegetables for salads. 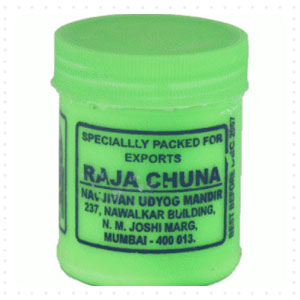 In India, the consumption of slaked lime paste (chuna) with betel leaf used to be a rich source of calcium. Now, chuna is popularly consumed as an additive to chewing tobacco. 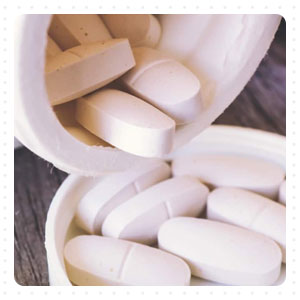 In medical industry, limestone is made into high-purity calcium carbonate through a series of technological processes such as crushing, ultra-fine grinding, and purification. A large number of calcium supplements mostly use calcium carbonate as the "calcium source".

Many articles share the benefits of consuming limestone for the body, such as strengthening bones and treating joint inflammation. But they also point out that excessive consumption of limestone has side effects, such as loss of appetite, bloating and so on. Consult a doctor before consumption.

6. Where is limestone found?

From the geological perspective, limestone formation takes place in two different environments, sedimentation in marine waters and by water evaporation during cave formation.

Some limestones are formed through evaporation in caves where water seeps/pours through the cave floor. Upon evaporation, calcium carbonate dissolved in water gets deposited throughout the cave ceiling and wall. Over thousands of years, they transform into larger deposits and may even reach into the deepest parts of the cave.

Geologists have identified numerous limestone-forming environments around the globe. Most of them are in shallow waters between 30º N latitude and 30º S latitude. Most popular shallow water areas include the Caribbean Sea, Indian Ocean, Persian Gulf, and the Gulf of Mexico. Pacific Ocean islands and Indonesian archipelago regions are also rich in limestone deposits.