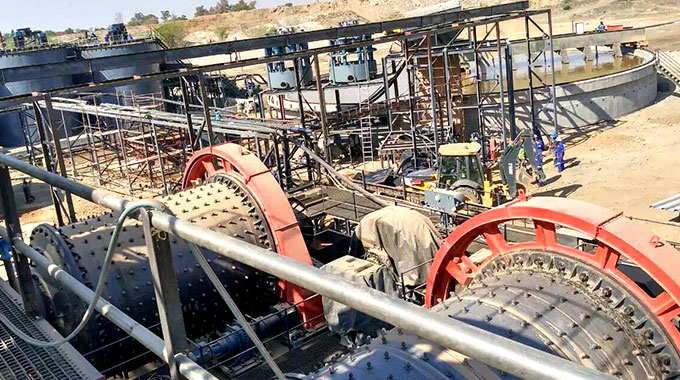 we will reply to you within 24 hours.

Manganese is widely distributed in nature and exists in various ores and silicate rocks. There are more than 150 manganese minerals known now, but only 6 or less have high manganese content and economical valuable, including oxides pyrolusite, romanechite, manganite, braunite, hausmannite and rhodochrosite. They all contain 50-70% manganese content, being regarded as the important industrial minerals of manganese. 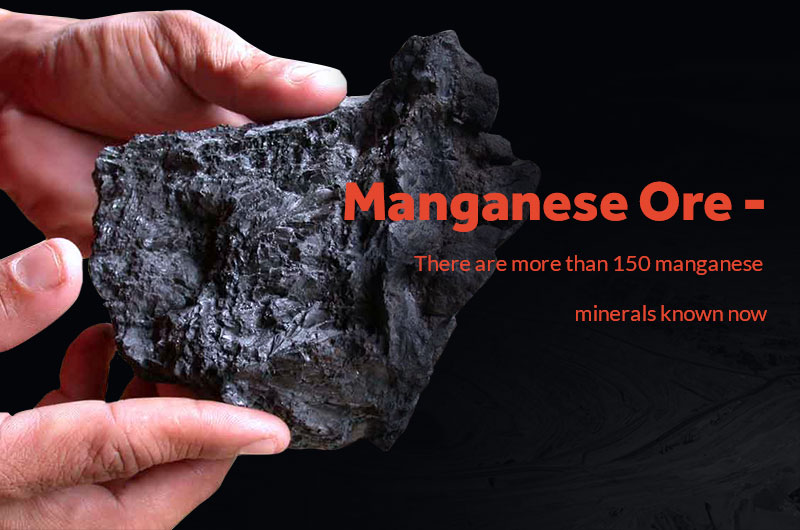 In modern industry, manganese ore is applied in every field of national economy, occupying an extremely important position.

About 90% to 95% of manganese ore is used in iron and steel industry as a deoxidizer and desulfurizer and used to make alloys. The rest is used in chemical industry (making manganese salts), light industry (used in batteries, matches, printing paint and soap making), building materials industry (colorant and fading agent for glass and ceramics) and other industrial fields.

Property and components of manganese ore

The components of manganese ore are mainly manganese oxide and manganese carbonate, accompanied by impurities such as silica，phosphorus, lead, sulfur, aluminum, arsenic, calcium, magnesium, etc. Sometimes copper, cobalt, nickel and other rare metals are associated in the manganese ore layer.

Please note that silica, sulfur, phosphorus and arsenic are harmful impurities. Phosphorus is an important index to evaluate manganese ore. While the calcium and magnesium are useful impurities during smelting.

According to the formation of deposit

Manganese ore is divided into sedimentary, metamorphic, hydrothermal, weathering and seafloor nodule type. Among them, sedimentary and metamorphic manganese ores have the greatest industrial value.

According to natural type of ores and associated elements

According to manganese and iron content in the ore

• Ferromanganese ore: Contains a considerable amount of manganese and iron, but mainly iron.

Distribution and output of manganese ore 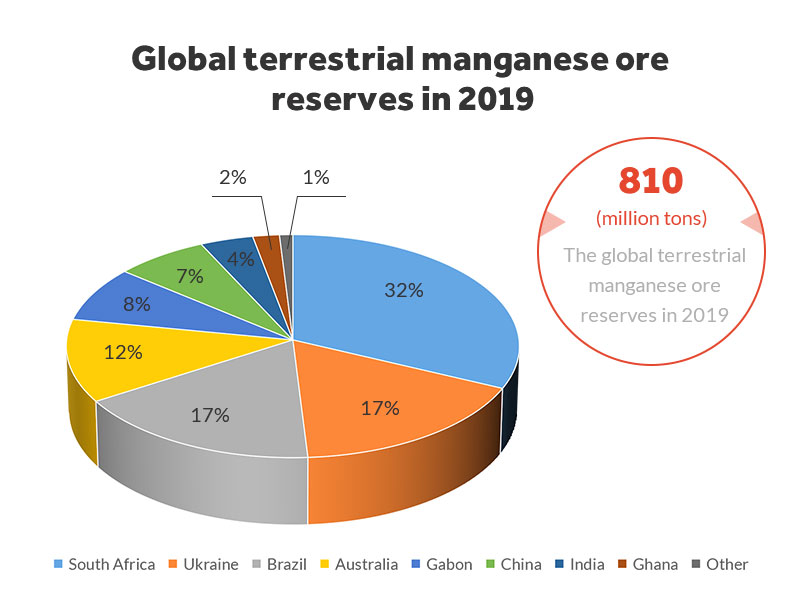 In addition, 300 million tons of manganese nodules are stored in the bottom of the Pacific Ocean (the southeastern part of Hawaiian Islands is most promising), the Indian Ocean and the Atlantic Ocean. However, due to the technical reasons, manganese nodules have not exploited in large quantities yet. 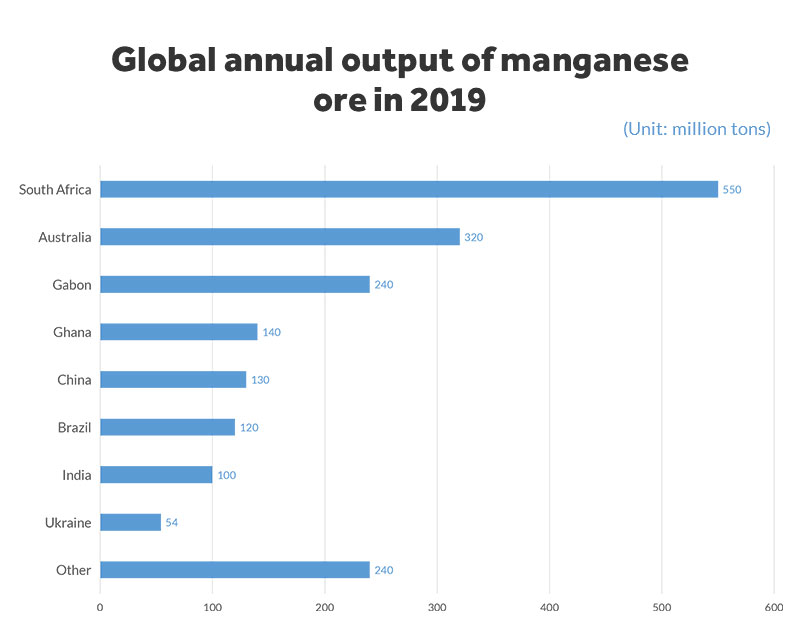 For American manganese, the United States has no manganese ore reserves, so it imports ferromanganese and silicomanganese from South Africa, China, Ukraine, Gabon and Australia. Historically, the demand for manganese has increased following the steel production and is expected to be so in the future. 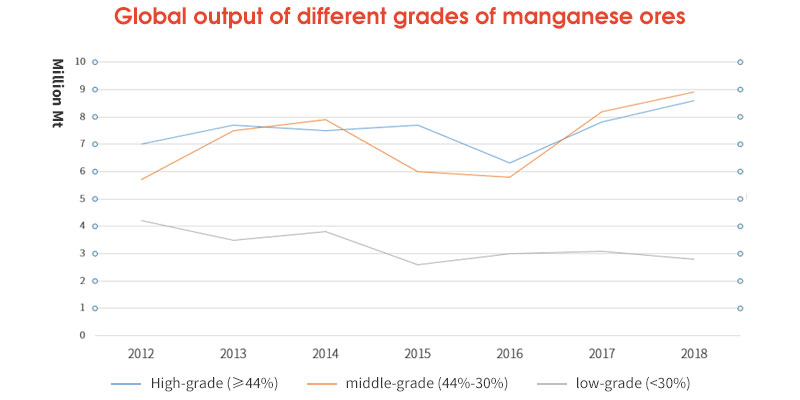 After continuous practice, the density, magnetic and floatability differences between manganese ore and gangue were found.

Based on these differences, the suitable processing plant for manganese ore is the mechanical selection (including washing, sieving, re-election, strong magnetic separation and flotation), as well as fire enrichment and chemical beneficiation. 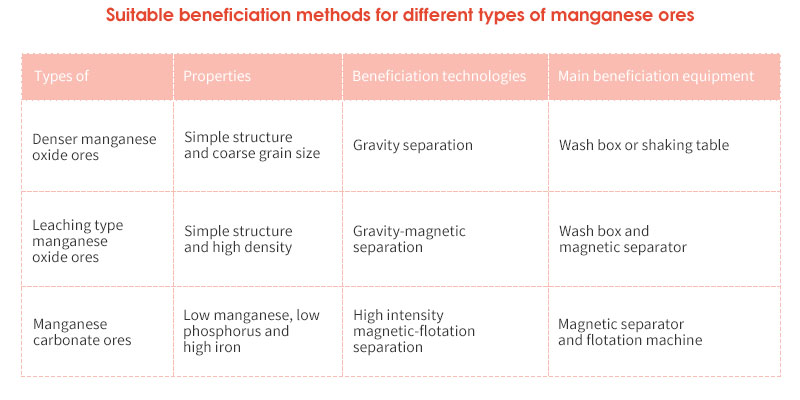 Among them, due to the simple operation, easy control and strong adaptability of magnetic separation, it can be used for various manganese ore sorting, and has dominated manganese ore processing.

The process of the manganese processing plant is crushing - grinding - separating. 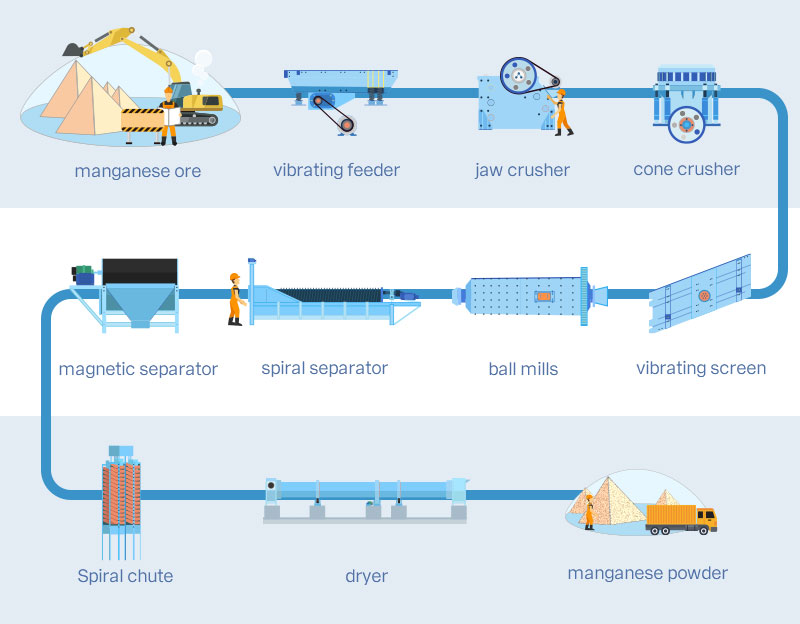 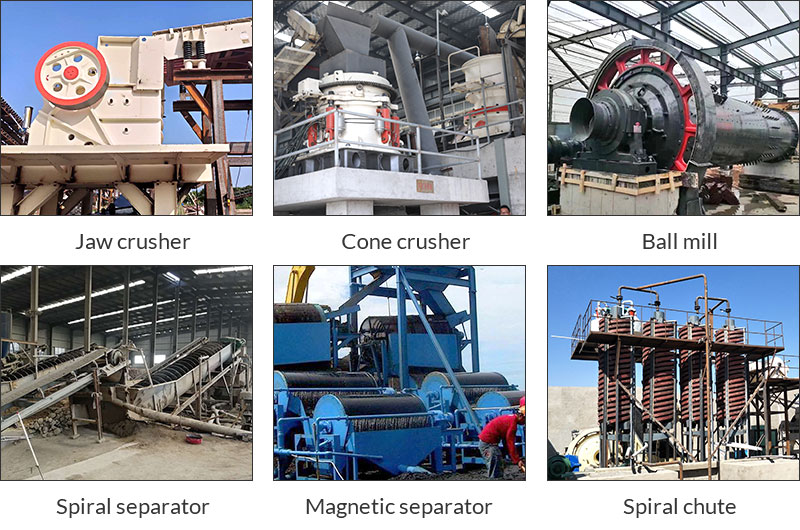 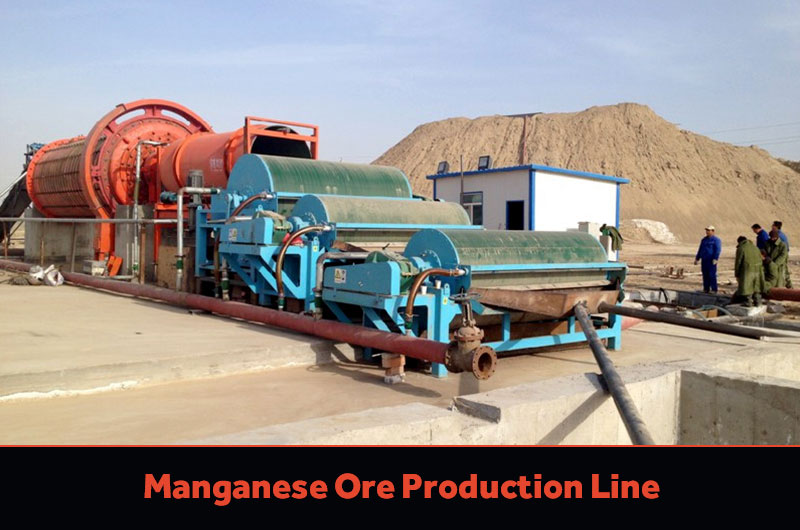 The entire magnetic separation production line has the following characteristics:

We can also provide feasible suggestions for the construction of the beneficiation plants with reasonable price.Contact us 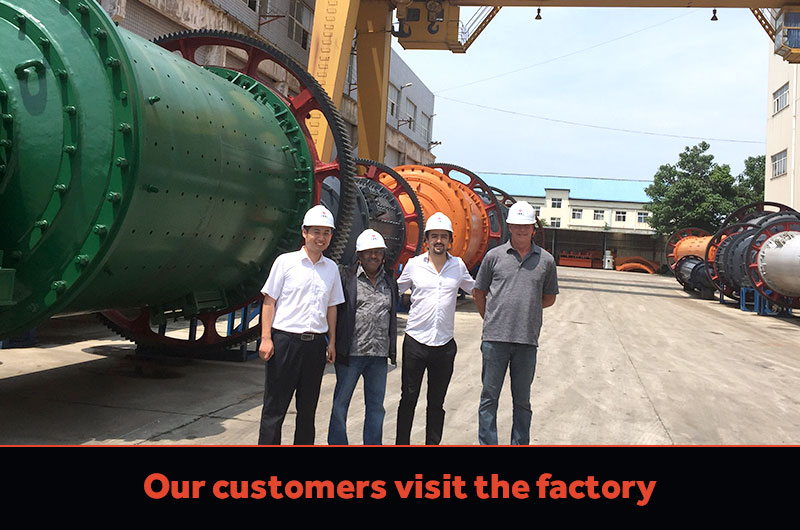