How to Process Copper Ore: Beneficiation Methods and Equipment

All available copper-bearing natural mineral aggregates are called copper mines. The high-grade copper concentrate can be obtained by the coarse grinding, roughing, scavenging of copper ore, then grinding and concentrating of coarse concentrate.

Due to the different types of ore, the nature of the ore is also different, so the beneficiation process needs to be customized. The specific process for selecting copper ore depends mainly on the material composition, structure and copper occurrence state of the original copper ore.

Before the beneficiation of copper ores, crushing and grinding are required. The bulk ores are crushed to about 12cm by a jaw crusher or a cone crusher. Then the crushed materials are sent to the grinding equipment, and the final particle size of the copper ore is reduced to 0.15-0.2mm.

Copper sulfide can be divided into single copper ore, copper sulfur ore, copper-molybdenum deposit, copper nickel, carrollite and so on. Basically, only flotation can be considered in its separation. 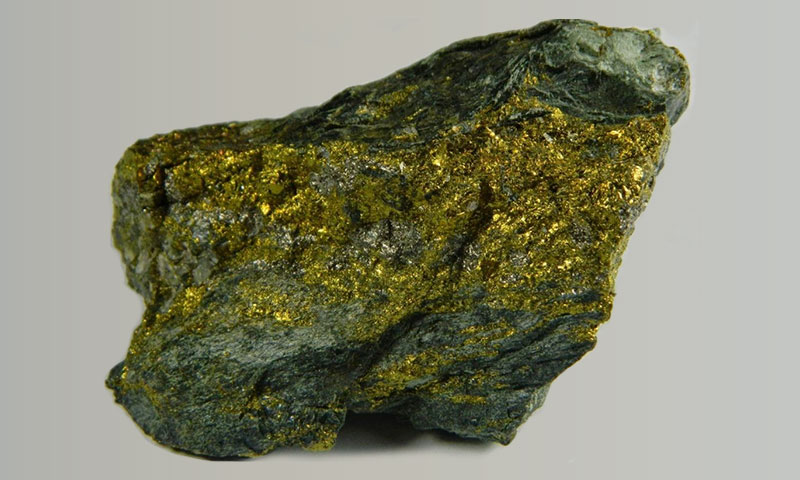 The main factors affecting the flotation of copper-bearing pyrite:

There are three common flotation processes:

Generally, copper is floated firstly and then sulfur. The content of pyrite in dense massive copper-bearing pyrite is quite high and high alkalinity (free CaO content> 600～800g/m3) and high dosage of xanthine are often used to suppress the pyrite. There is mainly pyrite in its tailings with few gangues, so the tailings are sulfur concentrates. 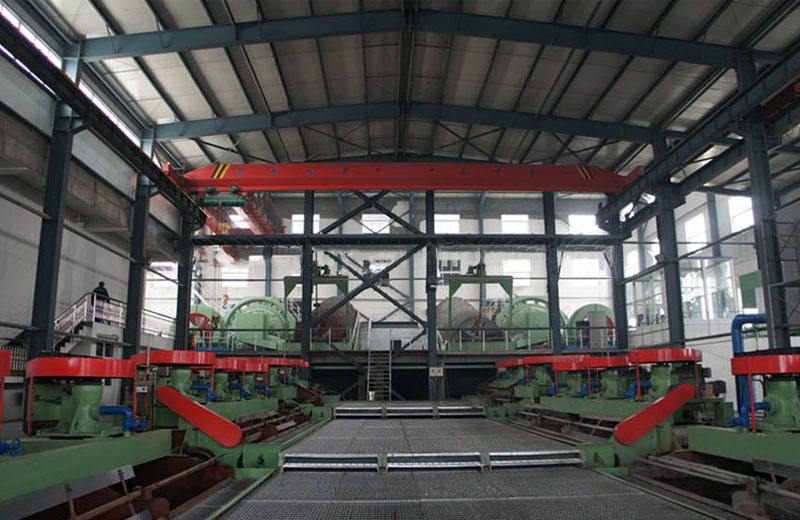 For the disseminated copper-sulfur ore, the preferential flotation process is adopted, and the sulphur in the tailings must be re-floated. To reduce the consumption of sulfuric acid during the floatation and ensure safe operation, the process condition of low alkalinity should be adopted as far as possible.

It is more advantageous for copper sulfur ore containing less sulfur with copper easy to be floated. Carry out the bulk flotation firstly in the weakly alkaline pulp and then add lime to the mixed concentrate to separate the copper and sulfur in the highly alkaline pulp. 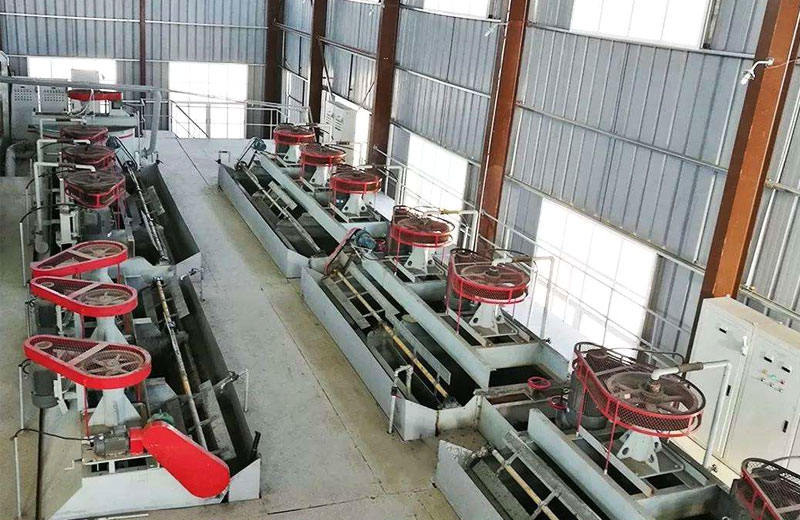 It avoids the inhibition of the easily floating copper under high lime consumption and does not require a large amount of sulfuric acid-activated pyrite. It has the characteristics of reasonable structure, stable operation, a good index and early recovery of target minerals.

The floatability of copper sulfide minerals : 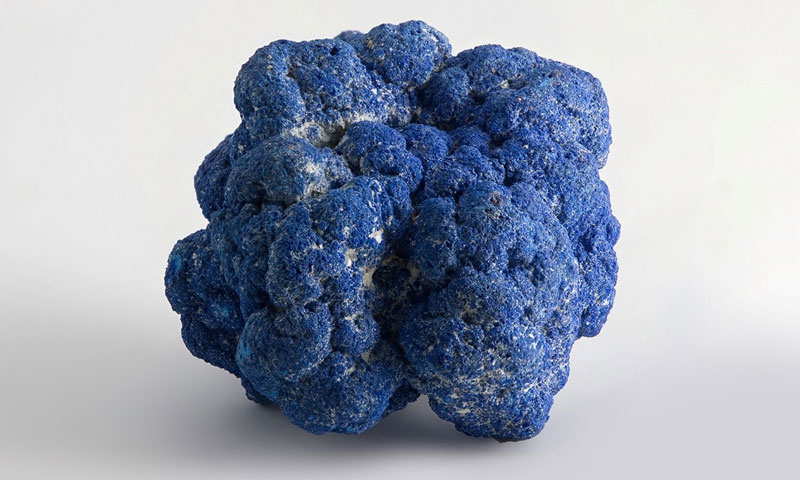 The oxidized ore is vulcanized by adding vulcanizing agent and then the flotation is carried out with the ordinary reagents of copper sulphide flotation.

Scope of application: copper oxide mineral whose gangue is not carbonate.

The premise of amine flotation method is to firstly find effective inhibitors of gangue, such as seaweed powder, polyacrylic acid, etc.

It is mainly to sulfurize the copper oxide mineral firstly and then add the copper accessory ingredient to create a stable oil-wet surface. Then, the neutral oil emulsion is used to cover the mineral surface, resulting in a strong hydrophobic floating state. In this way, the mineral can be attached to the foams firmly to complete the separation.

It completes the flotation by using the mixture of the chelating agent and neutral oil as a collector.

Scope of application: refractory copper oxide (such as silicon malachite)

It not only has high selectivity and collecting effect, but also can guarantee high sorting index and reduce the consumption of reagents. Chelating agents also have selective inhibition effect.

Problems should be noticed in the flotation of copper ore:

Many problems should be paid attention to in the flotation of copper ore, such as the length of the vulcanization time, whether to add sodium sulphide in batches and the proportion of chemicals. Here is a brief introduction.

It has many advantages such as simple process flow, low investment, low energy consumption, light pollution and low production cost. 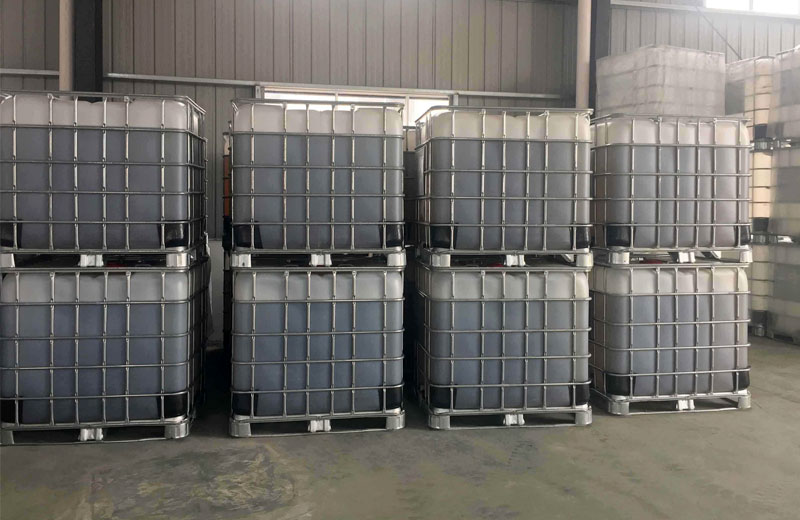 The ore is first leached with a 0.5% to 3% sulfuric acid dilute solution after being ground. (For some ore that is difficult to be leached, it needs to be heated to 45 to 70° C during leaching).

The oxidation of copper mineral dissolves to generate copper sulphate that will be replaced with iron filings to restore copper ions to metallic copper for precipitation.

The solution of ammonia and ammonium carbonate in a concentration of 12.5% was used as the solvent to leach for 2.5h at a temperature of 150℃, a pressure of 1925175~2026500Pa. The mother liquor can be distilled by steam at 90℃ to separate ammonia and carbon dioxide. Copper, on the other hand, is precipitated from the solution as black copper oxide powder.

Because some copper oxide minerals are not tightly combined with iron, manganese, etc., it is difficult to separate them by using the magnetic separation method alone, and flotation has a good separation effect.

Therefore, the flotation method is used to obtain high-grade concentrates, the magnetic separation is for tailings and wet smelting is carried out finally. This process combines flotation, magnetic and wet smelting very well, which greatly increases the recovery rate and reduces the beneficiation cost.

Flotation is the most widely used method in copper mine production. The copper ore pulp is stirred and aerated, and the ore particles adhere to the foams under the action of various flotation agents. The foams rise to form a mineralized foam layer, which is scraped or overflowed by the scraper. This series of flotation processes are all completed in the flotation machine. (Contact Manufacturer)

Magnetic separator can recover useful magnetic minerals contained in copper ore. It can improve the taste of ore and the utilization rate of resources, and reduce the waste of resources.

The internal magnetic system of the barrel adopts a short circuit design to ensure that the barrel skin has no magnetic resistance at high speeds, and the stainless-steel barrel skin does not generate high temperatures, extending the life of the magnetic block.

(2) High taste in the selection

Since it adopts a dynamic magnetic system design, the roller does not stick to the material, which is conducive to material sorting. The selected grade can be increased by 3-6 times to more than 65%.

Copper mines are generally purified by flotation, but for the beneficiation of copper minerals with coarser grain size and higher density, the pre-selection by the gravity separation method will greatly reduce the cost and achieve flotation indicators.

The shaking table is suitable for beneficiation of copper ore and can be used in different operation modes such as coarse separation, concentration and scavenging.